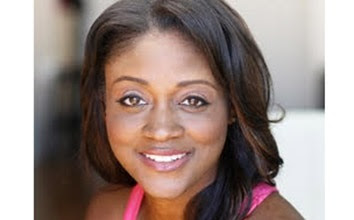 Alabama State University alumna Angela Nesbitt (’04) is making her mark on the small screen, in a recurring role on BET Centric’s new TV show, “Beauty and the Baller”.

“Beauty and the Baller” is a single-camera television comedy series that follows pro athlete John Castle and his wife Deena as they learn to navigate life on and off the court. Nesbitt plays Jessica, a store manager who caters to her customers’ shopping addiction.

The Detroit native, who now resides in Los Angeles, said the show’s casting director was familiar with her acting, via a short film titled “The Supplement,” and contacted her about a possible role on the show.

“I was asked to come in and read for various roles,” Nesbitt said. “When I read for Jessica, the producers and casting department couldn’t stop laughing. I received a call the next day telling me that I was booked for the role.”

Nesbitt honed her acting skills while a student at ASU. She majored in psychology, minored in theater, and was a member of the Dramatics Guild and Elite Models. She said that her experiences as an undergraduate at ASU helped prepare her for a career in acting.

“As a student of actress Dr. Tonea Stewart’s great teachings, I was able to enhance my acting skills and ‘can do’ attitude,” Nesbitt said. “I also received my confidence to be an entrepreneur, during my time walking the runway as an Elite Model.”

In 2015, she used that confidence to open her own business titled, Loving Me Books, a specialty children’s online bookstore that provides services to schools, daycares and book fairs. While working in schools as a behavioral therapist, Nesbitt witnessed the lack of diverse children books in classrooms and libraries. During reading time, she saw children racing to retrieve one or two books that featured black characters. She wanted to do something about it and provide children’s books for underrepresented minority children.

“I started an online bookstore to provide a powerful space to promote self-love, identity and ignite children to spread love throughout the universe from beautiful images of storytelling,” Nesbitt said. Loving Me Books is a niche based bookstore, providing the Black and Latino community with positive images through storytelling. Many of our books teach Spanish, Yoruba and other languages representing people of color.”

Nesbitt said that college students shouldn’t wait until they graduate to start being leaders; they should get involved in organizations, programs and activities on campus now.

“As a student, I also was the secretary of our NAACP chapter, a member of the psychology club and I graduated on the Dean’s List,” Nesbitt said. “Getting involved helps you with building lasting relationships, leadership skills and many valuable experiences that can lead to wonderful life changing opportunities in the future.”

Nesbitt also has appeared in “The Supplement” (2012), “Freedom Writers” (2007) and her short film “Of the Same Skin,” which is constantly shown at the Boys and Girls Clubs as an educational film. She can be seen on BET Centric, “Beauty and the Baller” on Saturday’s at 9 p.m. CST.

For more information on Loving Me Books, visit www.lovingmebooks.com.