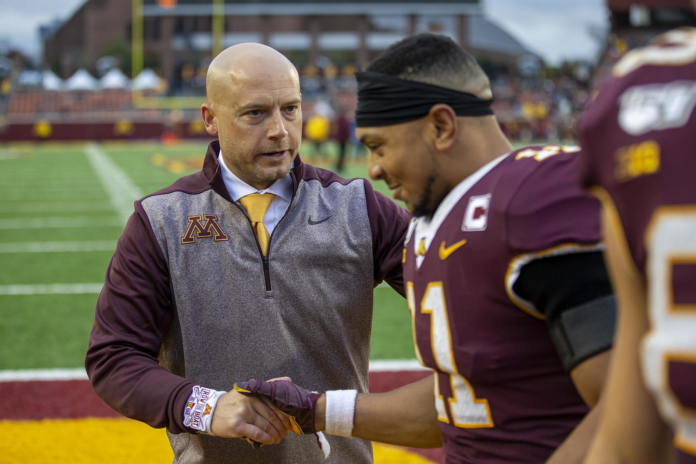 During the midst of COVID-19 the Big Ten Conference informed everyone that they wouldn’t be playing Fall sports due to COVID-19 concerns. Since then they have retracted that statement and have recently said that they would play because everyone else is playing I’m guessing.

I’m glad they decided to play because the college football national championship landscape would look very different without the Big 10. Coming out of the Big 10 you have top contenders for the national championship every year such as Ohio State and Michigan, then you have teams that have a good strength of schedule and could easily catapult themselves to the top with a big win in their conference such as Penn State, and Wisconsin. Then, you have a sleeper team in my eyes in the Minnesota Gophers. Head Coach of the Gophers is someone I think has done an astronomical job and you can really tell he made that team better. I feel like the Gophers are in a really good position to surprise some people this year because they are really good, they had a breakout year last year but were overshadowed by the dominance of Ohio State.

I am choosing the Minnesota Gophers to win the Big Ten, yes I know it sounds crazy but what they are doing, and the season they had last year just can’t be ignored. I feel like the Gophers have a good chance because they don’t play Ohio State in the regular season. This leaves the Gophers with two major tests their whole season, consisting Michigan, and Wisconsin. Wisconsin is always a threat because their offensive line is one of the best in college football, with a good running game behind it.

I am picking Ohio State as a close second just because they lost their most dominant player, maybe the most dominant player in college football last year Chase Young to the Washington Football Team and the NFL. The Gophers open up their season October twenty-fourth against a big test in the Michigan Wolverines, this game will tell a lot about landscape for the Big Ten conference. I feel that the winner of this game will play Ohio state.

My MVP prediction for the Big Ten conference would be Minnesota’s head coach P.J Fleck, he has really changed that program and if they win the conference it will be because of his coaching.