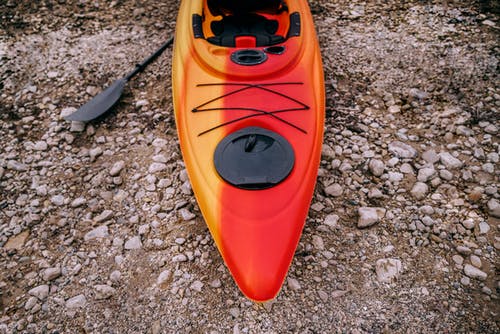 Columbus, GA- Uptown Columbus, Inc., along with Columbus Mayor Skip Henderson and Phenix City Mayor Eddie Lowe announced today that the region has been selected to host the 2022 World Cup Kayaking competition in October 2022 and the World Championship in June 2023. The competitions will be for the freestyle discipline and will take place on the Chattahoochee River, in Uptown Columbus.

The competitions are sanctioned by the International Canoe Federation (ICF), based in Lausanne, Switzerland. The governing body in the United States is the American Canoe Federation and they are located in Fredericksburg, Virginia.

The World Cup will include two separate competitions on different waves in the river. The first Cup will be October 3 to 5, 2022. The second Cup will happen the following weekend, October 7 through 9.

The World Championship will occur June 27 through July 1, 2023. This will be the ninth time for the World Championship event, and the first in the United States since 2013. Columbus and Phenix City will be following the competition planned next year in Nottingham, Great Britain.

“We are thrilled to bring this Olympic caliber event to the area,” said Helena Coates, Chair of Uptown Columbus, Incorporated. “It is a great honor to be selected by the International Canoe Federation to host these prestigious events and serves as the capstone of an eighteen-month effort by local leaders to bring the competitions here,” she said.

Columbus Mayor Skip Henderson touted the tourism and sports marketing benefits for the region. “With the opening of the whitewater course in 2013, we changed the trajectory of our communities. Tourism and hospitality have grown in importance, as evidenced by tens of thousands of visitors who come to our river attractions each year. This event will grow our tourism reach even more,” he said.

“Attracting an international sporting event that will generate 11 days of world-wide attention on Phenix City and Columbus is a huge feather in our cap,” said Phenix City Mayor Eddie Lowe. “We plan to leverage these events to gain a competitive advantage in our economic development efforts to attract and retain more businesses and talented people to the region,” he said.

Columbus served as the host venue for the Women’s Softball Competition during the 1996 Olympic games. The ICF World Cup and the World Championship will mark the second and third time that the region will host an international sporting event.

According to Dan Gilbert, owner of Whitewater Express, the World Championships should attract over 300 competitors from over 30 countries. He also noted that athletes from across the United States and teams from other countries are already planning to come to the region in order to train on the river before the competitions begin.

“Our mix of world-class whitewater features within walking distance to hotels, shops, restaurants and other attractions offer a compelling setting for the World Cups and the World Championships,” said Ed Wolverton, President of Uptown Columbus Inc. “We hope to deliver the best environment that ICF competitors have ever seen in terms of water features and access to amenities,” he said.