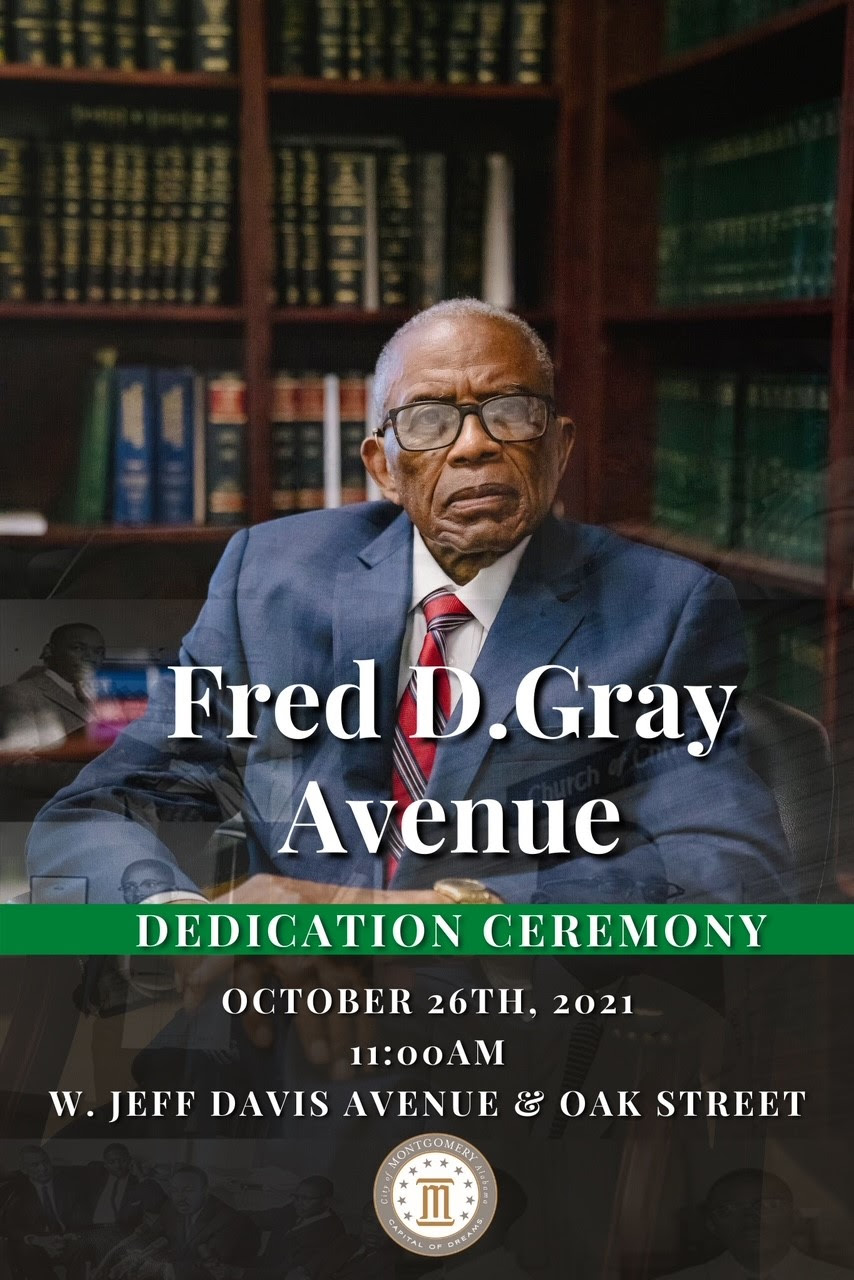 “As our nation examines our shared history in an unflinching and honest way, there is no better statement for the Birthplace of the Civil Rights Movement to make than naming a street for one of the heroes of the struggle, Attorney Fred D. Gray,” Mayor Reed said. “I would not be where I am today without his courage, his selflessness, and his tireless pursuit of justice, freedom, and equality for all. We see this as a milestone for Montgomery, but it is also part of a larger effort to shift the narrative surrounding our community and honor the real heroes who fought here for the right to a fair, equitable and accessible America.”

Mayor Reed and the Montgomery City Council will host a public ceremony on October 26 at 11 a.m. at

The dedication ceremony will feature remarks from prominent national leaders and community advocates.

WHERE: 900 Oak Street in Montgomery;