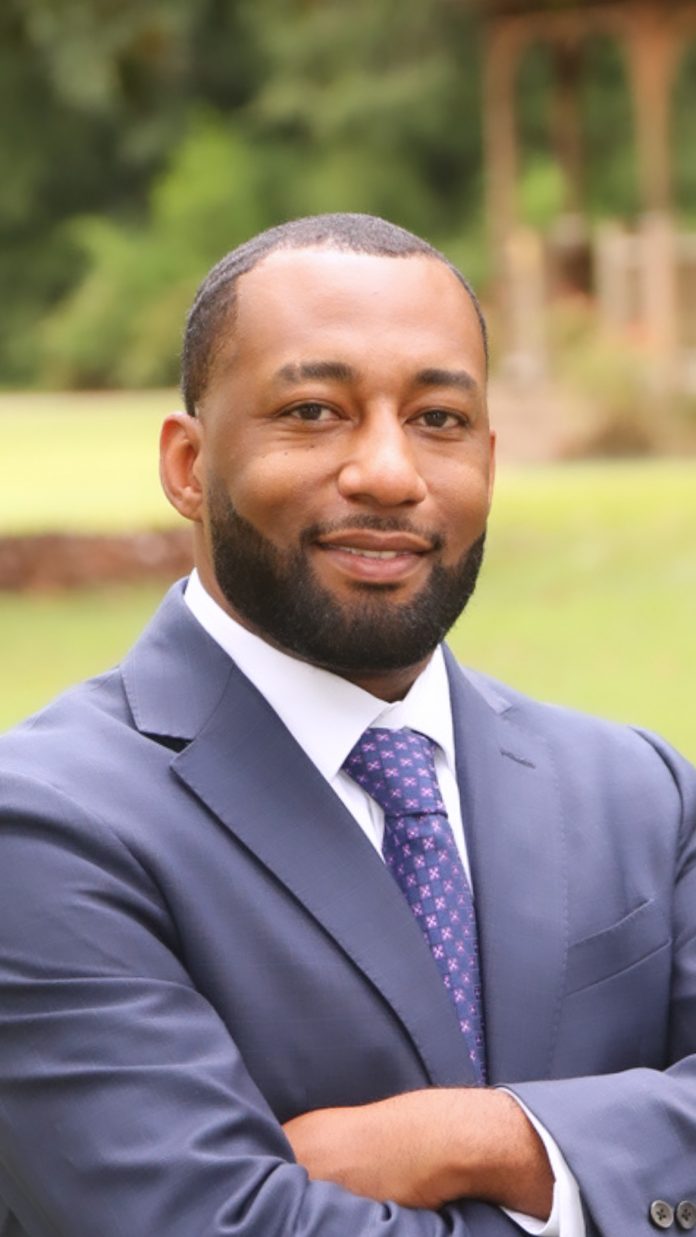 Joshua Byrd, a South Carolina native, serves as the Assistant Vice President and Relationship Manager with River Bank and Trust – Millbrook. He moved to Alabama in 1991 and the Millbrook area in 1997 and has immersed himself in the River Region community.

Byrd graduated from Stanhope Elmore High School. He attended Jacksonville State University then transferred to Auburn University of Montgomery where he earned his Bachelors of Science in Business Administration with a concentration in Finance. He has attained his Series 6, 63, and 7 investment licenses since transitioning into Financial Services in 2016. Byrd recently accepted a role with River Bank and Trust as the Assistant Vice President and Relationship Manager in their Millbrook branch.

Within all of the roles in his career, Byrd has regarded relationship building as a cornerstone in the workplace. While he never initially considered working at a bank, relationships in his life led him to River Bank and Trust.

“Honestly, I’d never anticipated joining a bank.  Through my father, I was introduced to a successful banker at River Bank and Trust. After meeting with him, I became really interested in pursuing a role with River Bank,” Byrd explained. “Lucky for me, he had a great relationship with the head of human resources, and I’d made a good enough impression on him for him to ask her to schedule a meeting with me. It’s important to cultivate those relationships because you never know who you’re going to shake hands with and what it could potentially lead to,” Byrd said.

As AVP and Relationship Manager at River Bank and Trust, Byrd’s main responsibility is to cultivate and maintain positive banking relationships with current and new clients. He is also active in the community on behalf of the organization to maintain a standard of positive excellence set by the organization’s founders, senior executives, board of directors, and team members.

For Byrd, community involvement is one of the most important aspects of his role.

“I have a personal responsibility to form relationships with our youth and young adults to not only be a bridge to a better financial future, but to also be the best role model I can be for future bankers,” he said.

“Community involvement to me is all about building strong, impactful, and value-added relationships. We all have something to give, and it takes us all working together to build and strengthen our community,” Byrd states. “It’s also vitally important to be out and visible for our youth to see examples of professional, successful, established individuals who look different from each other and are from different backgrounds so that they can look in the mirror and be encouraged and empowered to succeed in whatever they choose to do.”

In his new role at River Bank and Trust, Byrd’s main goal is to be seen as the “go-to banker at the go-to branch of the go-to bank.” He strives to continue to put the customer first and always maintain the highest level of integrity.

As it relates to Byrd’s impact on the African American community “One of my main life goals is to educate and empower my community on how to utilize banking for personal and business needs in order to build, attain, and sustain wealth,” he said. “That’s going to be the foundation of generational wealth and true change for our community.”

As an African American in the finance industry, one of the biggest challenges Byrd faces is a feeling of underrepresentation.

“In certain sectors of the finance industry, it’s not uncommon to frequently be in rooms where no one else looks like me. That can be uncomfortable at times, but it also provides an opportunity to be the lone representative of an entire segment of people at that place at that time,” he explained. “There’s a certain level of pressure that comes with that, but it’s pressure and responsibility that I welcome.”

When asked about the perceived lack of trust that some African Americans have with the banking system,

“Some of our community, especially some older generations, may not trust or use the bank, and I understand that there are historical reasons for that. The way that I would like to change that is to earn trust and be a constant professional in our community.  I would like to take every opportunity to educate and pass on any and as much knowledge that I can.  This gives people the confidence to give something a chance that they may have previously had a bad experience with,” he said.

Byrd encourages anyone aspiring to build a career in this industry to be passionate about finance, start early, and seek mentorship.

“Finance is an industry that is forever changing. Start early, find your niche. Become a forever-student in your area of expertise. Ask, learn, and demand greatness from yourself,” he said. “If you aren’t progressing, you’re regressing. This isn’t something you can be halfway in and halfway out.