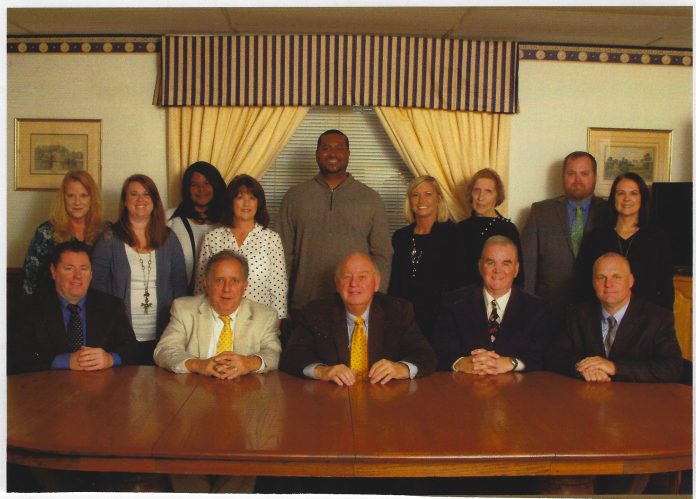 McPhillips Shinbaum, LLP is celebrating 40 years of service to the community. Known as “The People’s Lawyer”, partner Julian McPhillips has been leading the firm in fighting for civil rights and helping citizens obtain justice.

In 1978, Julian McPhillips started a law practice after his run for Alabama Attorney General. He came in second and had support from Black voters. Tommy Gallion, a good friend, had invited McPhillips to practice at a building located on 516 South Perry Street. The building was owned by Gallion’s parent’s-in-law. The two maintained an informal partnership from 1978- 1982. During that time Jim Debardelaben became McPhillips first associate attorney. McPhillips then purchased the building and has been there since.

McPhillips gradually took on other partners. Kenneth Shinbaum came on board in 1986 and William Gill in 1988. Shinbaum has been with the firm the whole time and others left for various reasons. McPhillips says he is grateful for Mr. Shinbaum. “Our different insights balance each other out.” Kenneth also goes around helping other lawyers in the firm.

During the 1990’s, the firm took on three new attorneys who became partners and remain with the firm today, Aaron Luck, Jim Bodin, and Joe Guilliot. Luck and Bodin, both known for regularly obtaining large settlements, concentrate primarily in personal injury cases. Guillot, a former Air Force Lt. Colonel, handles the broadest range of cases in the firm to include employment, criminal, personal injury, and social security. Associate attorney Chris Estes and two other “of counsel” attorneys Tanika Finney and David Sawyer provide additional skills and energy to the firm.

McPhillips credits office manager Amy Strickland for much of the firm’s success. She also serves as bookkeeper, paralegal, advertising manager, computer guru, and treasurer for the Scott and Zelda Fitzgerald Museum, which the firm sponsors. McPhillips also praises his personal paralegal Tori Bozeman,and paralegal Lill Neace, for typing McPhillips newest book “Only in Alabama”, and long-time process server and firm chaplain Kaylon Jenkins, as well as other employees in the firm. Longtime paralegal Page McKee, Patricia Williams, and Jennifer Lee strengthened the firm, as does receptionist Carrie Sheets-Jones. “We’re like a family” McPhillips added.

The early years of the law firm were very exciting for McPhillips. His wife, Leslie was his first secretary. “My first year, in 1978-79, I did better than I expected” McPhillips said. “The law practice took off like a meteor.”

During the mid 1980’s, McPhillips became known across Alabama for his work in civil rights. The Birmingham News and Associated Press called him “The Public Watchdog” and a 1984 article in the Montgomery Advertiser dubbed him “Alabama’s Private Attorney General”.

One landmark case McPhillips is well known for was striking down Montgomery’s Vagrancy Law. He says that the law was used to harass poor Blacks with no identification papers. The court ruled the law unconstitutional under the 4th and 14th Amendments. McPhillips also brought a race discrimination class action case against the Alabama Department of Transportation that opened up employment for African Americans in that department and across state government.

McPhillips believes that civil rights is still an existing cause in Montgomery. He is currently working against police brutality and racial profiling in several cases.

Fighting for civil rights has always been a passion for founder McPhillips, well assisted by the firm’s other attorneys . The public calls him “The People’s Lawyer” because he stands up for average, ordinary people. To him, civil rights is in his bones. It is the way he was raised and he credits his parents. “I was raised to have great respect for the worth, dignity, and value of ever human life regardless of race or color.”

McPhillips’ father was a pastor in the Episcopal Church during the Civil Rights movement and had close ties with Dr. King. As for his mother, she worked with Mother Theresa in Calcutta, India. His mother’s great-grandfather, the Rev. Dr. David Sanderson, was a minister at Eutaw First Presbyterian Church, in Greene County Alabama, from 1860-1891. The congregation was half black and half white before, during, and after the Civil War. In 1871, Dr, Sanderson co-founded the Tuscaloosa College for Black Preachers, now Stillman College.

Over the years McPhillips has received countless awards for his work in civil rights, including from the Southern Christian Leadership Conference (SCLC), National  Association for the Advancement of Colored People (NAACP), National Association of Black Mayors, and many other organizations. The McPhillips-Shinbaum Law Firm has been voted the best in Montgomery. “It’s more than a business. It’s more than a law firm. It’s a ministry, and a hobby” says Julian.

There is a host of historic cases that McPhillips has handled. They can be found in his books “The People’s Lawyer” and “Civil Rights in My Bones”. For a free consultation call 334-262-1911.