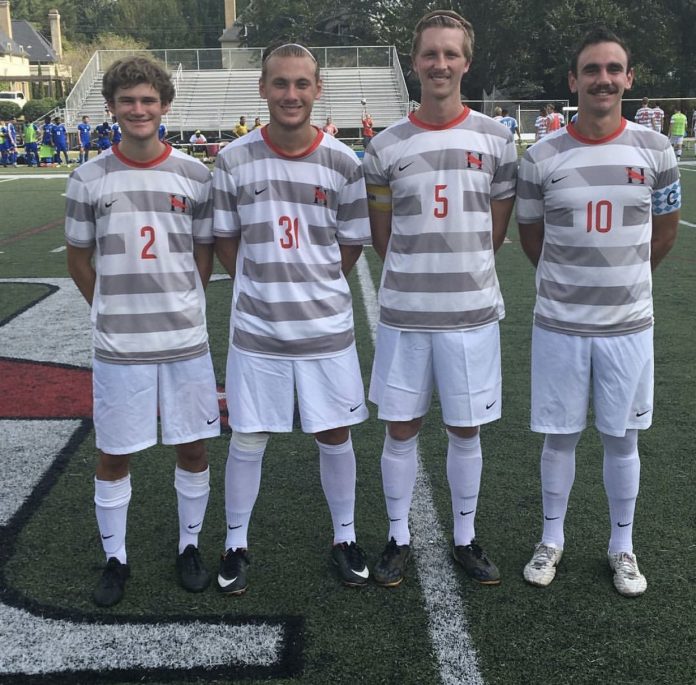 Huntingdon Men’s Soccer earned first win of the season against Berea College Friday afternoon at Samford stadium while celebrating Senior Day. It was one to be remembered for the Hawks as they finished the game 8-0, while rounding up 3 goals in the first half and 5 in the second. To start the game the four seniors: Cam Smith, Beau Jenkins, Garrett Kull, and John Robert Lawrence, were introduced and walked to center field alongside family and friends to receive their memorabilia. Smith and Jenkins were the first to score for the Hawks under 25 minutes of play.

Cam Smith recorded his first collegiate goal during this game after being a four-year starter on defense. Meanwhile, freshman Kebba Jeng led the team in scoring by recording three goals and one assist. To complete the game, freshman T.J. Fleming scored two goals and sophomore Tyler Watts scored one. The Hawks will return home on Tuesday to take on Covenant College at 4 PM CDT.