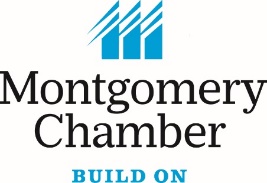 Montgomery, AL (12/12/18)– The Montgomery Chamber of Commerce 146th Annual Meeting was held yesterday at the Renaissance Hotel. Business leaders, community leaders, and elected officials gathered to celebrate the achievements the Chamber has made throughout this year.

“This year is worth celebrating” said Judge Charles Price, Chairman of the Montgomery Chamber of Commerce. “We can look back on this year’s progress and look forward to what lies ahead.”

Landing the new F-35 was a significant milestone that will help move Montgomery’s economic strategy forward. Other milestones achieved this year include:
• Creation of 576 new jobs, over $500 million in capital investment and 27 new and expanding companies opening in the region.

• In January, MGMWERX, an innovation hub resulting from a partnership with Air University at Maxwell Air Force Base, launched in the heart of Montgomery.

• The MGMIX Internet Exchange has become a major catalyst for economic development in the area. In just two years, MGMix welcomed 20 partners, including Alabama State University, which benefit from the program’s 100 Gbps capacity.

• Tourism- The opening of the National Memorial for Peace and Justice and Legacy Museum attracting over 300,000 visitors since April. Additionally, hotel occupancy continues to outpace other Alabama metros and over 100,000 more hotel rooms booked year to date over 2017.

• Montgomery acquired a nonstop flight to Washington D.C., which was a direct result of the efforts of a unique partnership between Chamber and the Montgomery Airport Authority to improve air service.

The Chamber also presented its first-ever Impact Maker awards, which recognized individuals and businesses who have made a significant impact in the community. There were five categories and the winners were:

Alabama State Superintendent of Education Dr. Eric Mackey gave an update on the State Intervention of Montgomery Public Schools (MPS). He was excited to announce that MPS will not lose its accreditation. He was also excited about the newly elected school board members. “It has been a long journey to get to this point” he said. “We have turned the ship around.”

Former U.S. Attorney General delivered the keynote address. He said that he was proud of the leadership of the Chamber and its focus on education.

The meeting concluded with the passing of the gavel to the new Chairman of the Chamber Willie Durham, with State Farm Insurance. “I look forward to a great year as chairman” Durham said.

For more information about the Montgomery Chamber of Commerce visit www.montgomerychamber.com

Look for changes in retirement plans