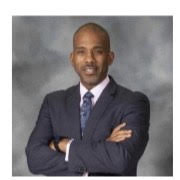 “After an extensive search and consideration of a number of candidates, our board was pleased to select Damon Duncan to lead the Montgomery Housing Authority into the next phase of growth and development,” said John F. Knight, Jr., MHA Chairman. “We remain impressed by Mr. Duncan’s record of transformative service in public housing, and we look forward to his leadership in continuing to strengthen, advance and innovate our communities.”

Duncan comes to Montgomery from Richmond, Virginia, where he served as President and Chief Executive Officer of the Richmond Redevelopment and Housing Authority. His career in public housing spans 28 years, including senior leadership roles within public housing authorities in Flint and Detroit, Michigan; Atlanta, Georgia; and Elgin, Illinois. Throughout Duncan’s decades of service in the industry, he has participated in the development of more than $500M in mixed- finance, mixed income projects.

Upon his hire, Duncan remarked, “I am pleased to be selected as the new Executive Director for the Montgomery Housing Authority. MHA has made tremendous progress in transforming its public housing portfolio through the years. We look forward to continuing the transformation process while assisting residents in becoming empowered through self-sufficiency initiatives. I am hopeful that my accumulation of experiences will benefit the residents of MHA and the city of Montgomery as a whole.”

Recently, voted as a trustee member of the Public Housing Authorities Directors Association (PHADA), Mr. Duncan is highly respected and accomplished in the field. He also is a housing committee member and contributing member of the Diversity, Equity & Inclusion Task Force of the National Association of Housing & Redevelopment Officials (NAHRO).

As its new Executive Director, Duncan will assume the chief leadership role for the MHA’s eight active public and affordable housing communities, serving 11,137 residents, beginning May 4, 2020.