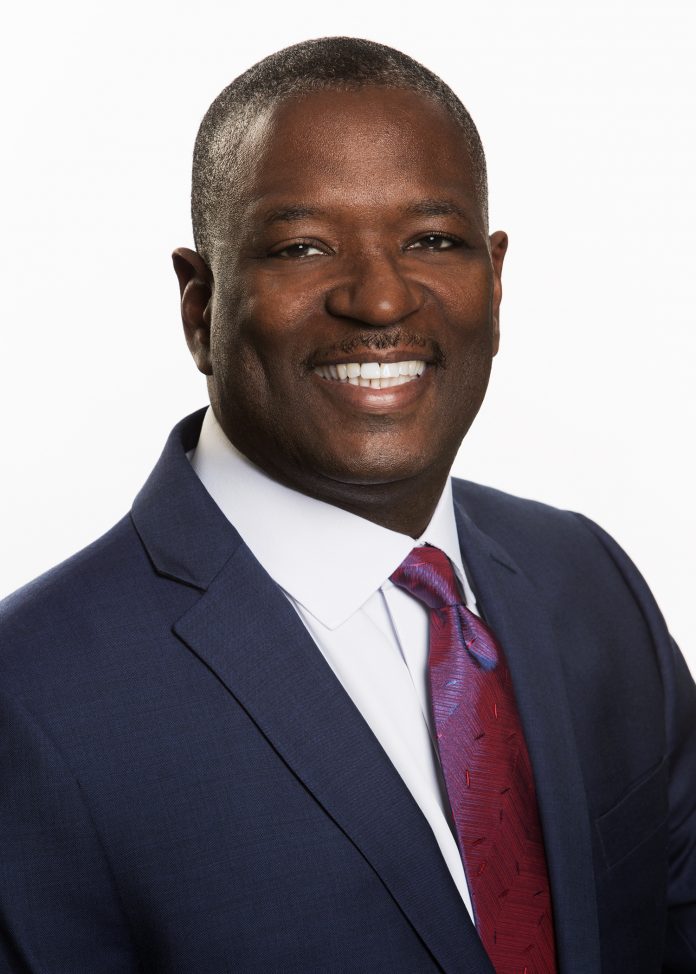 Barron M. Witherspoon Sr., a 1985 Tuskegee University graduate and Procter & Gamble Co.’s global vice president for industry affairs, will be the speaker for the university’s spring commencement on Saturday, May 12.
Based at P&G’s worldwide headquarters in Cincinnati, Witherspoon leads the company’s external relationships and partnerships with trade associations and thought leaders that affect public policy and industry standards across the consumer goods industry. He also oversees development of the company’s global trade policies and practices.
“Mr. Witherspoon is a wonderful example of the global career potential a Tuskegee University degree offers our students,” said Interim President Charlotte P. Morris. “His advice for our graduates as they set out to achieve their own career goals promises to be both inspirational and practical.”
After graduating from Tuskegee in 1985, Witherspoon began his career in P&G’s general advertising department. Since then, he has held numerous positions of progressive corporate responsibility in its marketing, finance and customer business development units. Notable company appointments within P&G include leading its global Paper Products business with Wal-Mart, the company’s largest customer, and serving as global operations vice president for strategic revenue and pricing management.
As vice president and general manager for P&G’s Asia business, Witherspoon oversaw all customer-facing operations in Southeast Asia, Australasia, India, and later Korea and Japan. Based at the time in Singapore, he led P&G’s business in a trading environment of more than seven million outlets — the highest store concentration in the world. His region spanned 13 time zones and served one-third of the world’s consumers.
While in college, Witherspoon was an exchange student in Konstanz, Germany. He earned degrees in education from Eastern Florida State College and in economics from Tuskegee, where he graduated cum laude. He trained for the ministry at Cincinnati Bible Seminary, is a licensed and ordained minister, and currently leads a ministry in cross cultural worship.
In addition to serving on the Tuskegee University Board of Trustees since 2017, Witherspoon has held numerous board positions for civic and industry organizations. This currently includes chairing the INROADS National Board, co-chairing the E2E Value Chain Pillar of Consumer Goods Forum, and serving as a member of both the National Association of Chain Drug Stores (NACDS) Foundation Board and The Executive Leadership Council.
Witherspoon’s address will be part of Tuskegee’s 133rd Spring Commencement Exercises, scheduled to begin at 10 a.m. on May 12. The ceremony will be held in the university’s Gen. Daniel “Chappie” James Arena. Tuskegee hosts commencement ceremonies at the conclusion of each spring and summer semester. For more information about commencement-related events, visit www.tuskegee.edu/commencement.
All rights reserved, Gumptown Magazine. Copyright 2018.