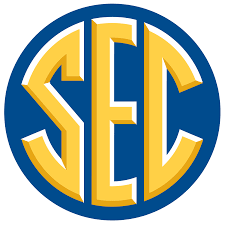 This year in the world of College football has been like any other, teams that don’t normally lose are falling early in the season. An example for this would be the Oklahoma Sooners losing multiple games in this four game deep season so far.

The purpose of this article is to tell who I feel would be in the SEC Championship game, not only that I will also give my prediction on who I think will win and how. Through the young season so far The University of Alabama has been dominant. In every contest they have had they have dominated their competition in all phases of the game of football. This is why I think Alabama will be representing the West in the SEC Championship game. Coming out of the east I feel that it will be the Georgia Bulldogs. This will be a rematch of the game we all watched this past weekend where Alabama handled the Bulldogs pretty easily in Tuscaloosa.

In the SEC Championship I think Alabama will come out on top again but I think the game will be way more competitive being what’s at stake. Usually the winner of the SEC Championship automatically gets a spot in the College Football Playoffs and bragging right over the best conference in College football. Not only that the winner of the SEC usually goes on to win the National Championship which gives the players two rings in one year. Getting into the meat and potatoes of the game this matchup will host the best offense in the SEC with Alabama’s deadly receiver that can score from anywhere on the field. Not only that they have a dominant offensive line with a workhorse running back that can eat away at a defense. This is why I feel Alabama will win is because their offense can’t be stopped, even by a top tier defense like Georgia. I don’t feel Georgia’s defense can stop Alabama’s offense, and Alabama’s defense is nothing from the past but I do feel they are good enough to get a few stops against a hit or miss Georgia offense.