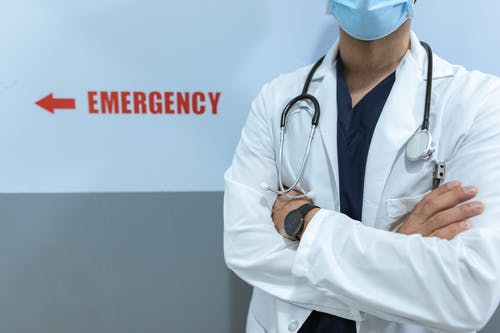 MONTGOMERY, AL – Sixty-nine percent of Alabamians, including 64% of Republican voters, support expanding Medicaid when told about arguments for and against the idea, according to a new poll that the Cover Alabama Coalition released Wednesday.

The poll, conducted for Cover Alabama in January by Cygnal, shows support for Medicaid expansion across all demographics, including age, gender, income, education and geography.

The poll also reveals the popularity of various funding sources for Alabama’s required 10% match for Medicaid expansion. Respondents expressed the most support for legalizing a state lottery and using part of the revenue to expand Medicaid. Proposed funding sources that won an overall majority or plurality of support were:

Participants responded strongly when informed that more than 5,000 veterans (and 8,000 of their family members) do not have health coverage in Alabama. A full 70% of respondents were more likely to support expanding Medicaid when presented with that information. Respondents also were more likely to support expansion when informed that Alabama taxpayers have paid $4 billion in federal taxes since 2014 to help support Medicaid expansion in other states.

Both Republican and Democratic respondents were more likely to support Medicaid expansion with increased financial support from the federal government. A U.S. House bill would offer a dramatic increase in federal incentives for states like Alabama to expand Medicaid. If enacted, the legislation would provide an additional $940 million in federal money to Alabama over two years if the state expanded Medicaid. Medicaid expansion would benefit more than 340,000 Alabamians who are uninsured or struggling to afford coverage.

The overwhelming polling support reflects an ever-growing group of individuals, organizations and businesses that support expanding Medicaid in Alabama. This group includes the Alabama Hospital Association, Alabama Chapter of the American Academy of Pediatrics, the Alabama Department of Health’s Maternal Mortality Review Committee, Medical Association of the State of Alabama, and 100 nonprofits, faith-based groups and medical advocacy organizations in Alabama.

Jane Adams, campaign director of Alabama Arise and director of the Cover Alabama Coalition, said in a statement:

“This poll shows that Medicaid expansion is popular and that both Republican and Democratic voters support using federal funds or revenue from a lottery to pay for Medicaid expansion. For four years, Governor Ivey has said the obstacle to expanding Medicaid in Alabama is the cost. Last week, the House Energy and Commerce Committee passed a provision that is on track to pass both chambers of Congress and become law. This provision would offer states that have not yet expanded Medicaid significant financial incentives to do so.

“If Governor Ivey expands Medicaid, Alabama will receive an estimated $940 million of federal money over two years to help Alabama expand. There is no financial barrier or obstacle to overcome. Now is the time for Governor Ivey to save lives, create jobs and protect rural hospitals by expanding Medicaid.”

Dr. John Meigs, president of the Medical Association of the State of Alabama, said in a statement:

“The Medical Association of the State of Alabama commends the work of the Cover Alabama Coalition in its efforts to expand Medicaid. Without question, increasing access to quality care improves health outcomes for patients. While this obviously has a positive impact on individuals, the benefits also trickle up through families and communities, ultimately bettering our entire state. We are pleased to support ‒ along with a majority of Alabamians as the poll shows ‒ the expansion of Medicaid.”

Advocates will continue working to establish wide support for Medicaid expansion across the state and across political lines. And they will look toward Gov. Kay Ivey and state lawmakers to act accordingly.