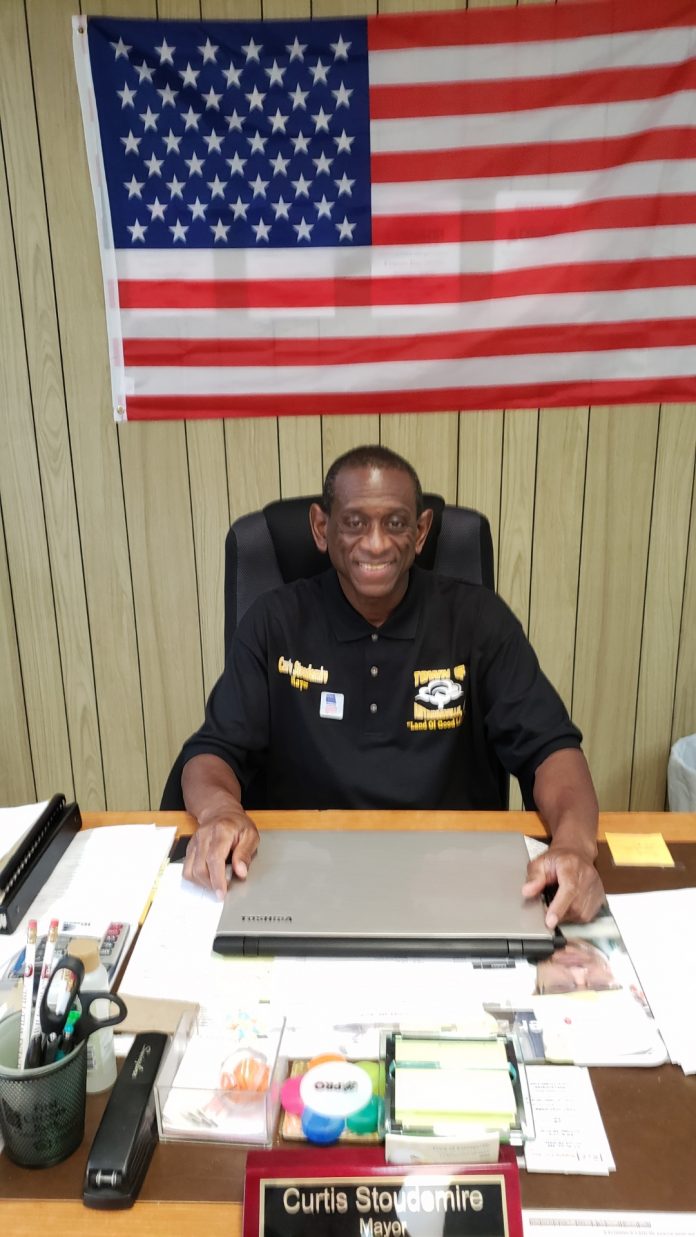 Autaugaville, AL- The book of Matthew tells us in the 22nd chapter, 14th verse, these words: For many are called, but few are chosen. In this life that we live each day, some have been called to do certain things, but they have a choice whether they will do them or not. On the flip side, some are chosen to do certain things, and they must do what is asked of them, especially when God is the one who has chosen them to complete the task(s). As we continue to honor those heroes and heroines, both well-known and not so known, there is one that comes to mind who strongly believes that it is God who has chosen him to lead his people. His name is Mr. Curtis Stoudemire, and he is the first African American man elected as mayor of Autaugaville, Alabama, in the 2016 mayoral election, and he was reelected in 2020. Gumptown Magazine is happy to recognize this young man’s achievements and vision for his town going forward.

Mr. Stoudemire moved to the town in 1983; politics wasn’t something he had considered first, but working on a health clinic board changed his mind. He explained, “I decided to venture off into politics because I liked what the health board was doing for the people in the community by helping others to receive healthcare. I have always enjoyed working with people and helping people.” His first political campaign was for the Autaugaville Town Council, but he came up short. He would run again in 1992 and win! He would continue to serve on the council until he was elevated to mayor’s position in November 2014 upon the resignation of the former mayor, the late F.B. Ward. He proclaimed, “I’ve been working to do whatever I can do to ensure the people of Autaugaville have a better quality of life!”

Being the first to do something as iconic as being the first African American man or woman elected to lead your town or city can be both exciting and challenging. Mayor Stoudemire says that even though the job can be demanding, he feels compelled and instructed by God to continue doing what he is doing. “It is something that the Lord has directed me to do, so I follow His guidance and directions in doing this job and whatever it entails,” he declared. Humbly, he acknowledges that he serves everyone in his town and knows there is a job to do and that God has appointed him to do.

Mayor Stoudemire is a hero among heroes, even if he does not say it himself. Instead, he sees himself as the vessel God has chosen to lead his community. He wants his legacy to be known that he took a stand to ensure the quality of life for the people of Autaugaville. On behalf of Gumptown Magazine, we appreciate you, sir, and all you have accomplished and will accomplish in the future. May God continue to bless you and the people of Autaugaville.