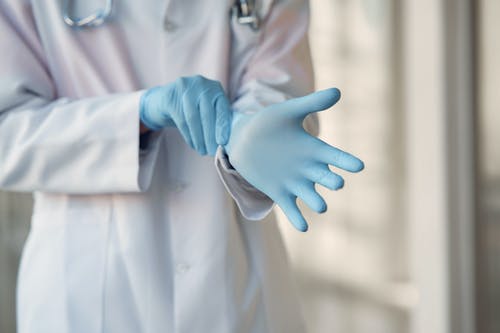 At least 122,000 Alabamians would lose health coverage if the U.S. Supreme Court strikes down the Affordable Care Act (ACA), according to a new analysis from the nonpartisan Urban Institute. The state’s uninsured rate would increase by 25% as a result.

That number also doesn’t include hundreds of thousands of uninsured or underinsured adults with low incomes who would gain coverage if Alabama expands Medicaid. If the lawsuit succeeds, the ACA’s 9-to-1 federal funding match for Medicaid expansion would disappear.

“Repealing the ACA would throw our health care system into chaos in the middle of a pandemic and a deep recession,” Alabama Arise executive director Robyn Hyden said. “Tens of thousands of Alabamians would lose health coverage when they need it most. And hundreds of thousands would pay more for coverage or lose protections for their preexisting conditions.”

More than 21 million Americans would lose coverage in 2022 if the ACA falls, according to the Urban Institute. Coverage losses could be even larger next year, as the COVID-19 pandemic and recession likely still will be ongoing.

“The ACA has been a health lifeline for many Alabamians during the pandemic,” Hyden said. “It provides coverage options for people who have lost their jobs or seen sharp reductions in their income. And it ensures people aren’t denied insurance just because they got sick.”

The ACA made important progress in reducing racial disparities in health care that often stem from structural racism. But large coverage losses from ending the ACA would reverse many of those gains, the Urban Institute finds. Overturning the ACA would strip health coverage from nearly one in 10 Black and Latino Americans under age 65. More than one in 10 Native Americans nationwide would become uninsured.

Ending the ACA also would eliminate protections for people with preexisting conditions. This would allow insurers to charge higher rates to people with conditions like asthma, cancer, diabetes or COVID-19. Insurance companies also could refuse to offer them coverage at any price. One in three Alabamians under age 65 have a preexisting condition that would have been “declinable” before the ACA.

ACA repeal would harm people who have health insurance through their jobs, too. Their plans could reintroduce annual and lifetime coverage limits. Requirements for plans to cover essential benefits and provide free preventive services would disappear. So would the requirement for insurers to allow young adults to be covered through their parents’ plans.

Striking down the ACA would be a tax windfall for wealthy people, large corporations

Wealthy people and some large corporations would be among the few winners if the lawsuit succeeds. They would get billions of dollars in tax cuts, the nonpartisan Center on Budget and Policy Priorities finds:

“The ACA has left Alabama better equipped to fight COVID-19 and rebuild our economy after the recession,” Hyden said. “And those benefits would be even greater if Alabama would adopt Medicaid expansion.

“Striking down the ACA would harm the Alabamians who have suffered the most during the pandemic and the recession. It would deprive our state of the opportunity to save lives and strengthen our health care system by expanding Medicaid. And it would shower huge tax cuts on rich people while making life harder for everyone else. Alabama officials should stop seeking to undermine the ACA and start investing in a healthier future for our entire state.”