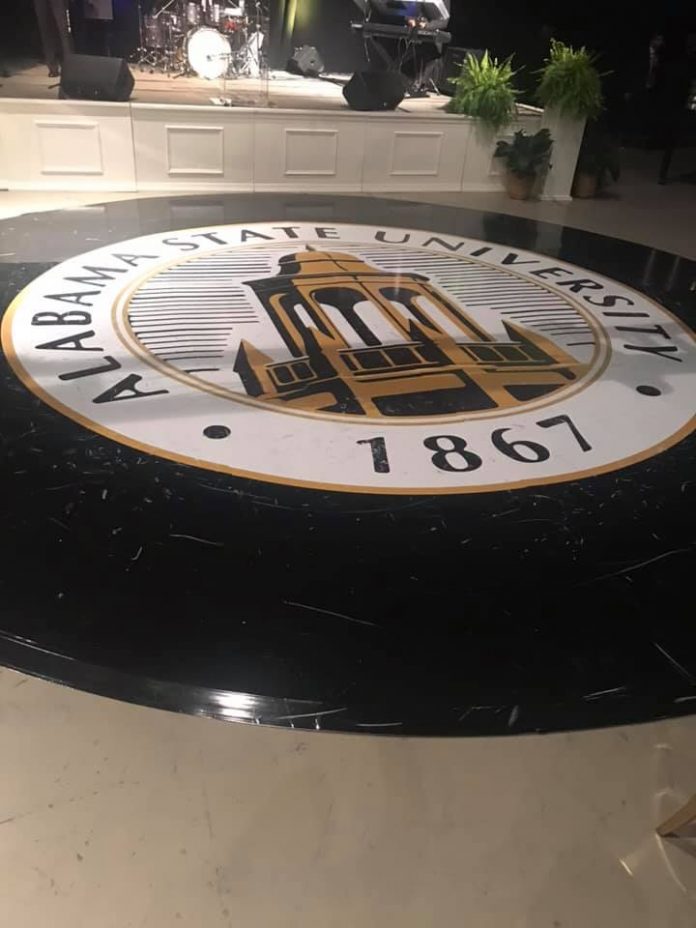 The Labor Day Classic Week kicked off with The Nate King Cole Society Jazz Festival at the Riverwalk Amphitheatre Downtown. This event celebrated the 100th birthday of Nat King Cole with a special performance by his brother, international recording artist Freddy Cole.

On Tuesday September 3, the “Ole Bama State Spirit” took over the campus at The CommUniversity Block Party. There were food trucks, games, a live DJ, prizes, vendor booths, and more. The Block Party also served as a benefit to the Salvation Army.

The Inauguration of SGA President David Whitlow, Jr. was Wednesday evening in the Ralph David Abernathy Auditorium. In his address, Whitlow thanked his parents, football coaches, and teachers for giving him guidance and helping to shape his character. A native of Montgomery, Whitlow serves as the 66th SGA President for the university.

Thursday night was full of elegance and glamour at The President’s Gala. This year, the gala featured Howard Hewitt, former lead vocalist of the Grammy award-winning R&B/soul vocal group Shalamar. Hewitt sang one of hits “For the Lover in You”. Over $3milion was pledged to help benefit the ASU Foundation. This is more than double the amount that was pledged last year.

On Saturday evening one of the most historic black college football rivalries took place. The Hornets defeated the Tuskegee Tigers 38-31 Wide receiver Michael Jefferson was rewarded for his efforts by being named the Southwestern Athletic Conference (SWAC) Offensive Player of the Week. A sophomore, Jefferson grabbed five receptions for 174 yards, including three touchdowns. He caught the game-winning 82-yard reception in the fourth quarter. For his efforts, Jefferson was rewarded with a helmet sticker on College Football Live.

The nearly triple digit weather did not keep ASU alumni from showing their Hornet Pride. Before the game, over 10,000 fans we’re outside tailgating.

Labor Day Classic Week concluded with a soccer match between the Lady Hornets and the Jacksonville State University Gamecocks. The Hornets fell to the Gamecocks in overtime 3-2.

Look for changes in retirement plans