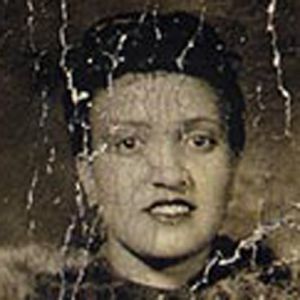 In case you are one among many who have never heard of Henrietta Lacks or her unwitting contribution to all of medical science, I hope this article begins a journey of discovery into one of the most egregious crimes of human exploitation since what mainstream history labels the end of African slavery in America.  For those who are waiting to see the HBO production based on the book starring Oprah Winfrey and may not be considering reading a copy of Skloot’s text, I invite you to reconsider this approach favoring what is unavoidably a heavily filtered and edited version of the outrage and tragedy inherent in the telling of this story.  Either way, I hope reading this article and the book causes us to view history through a lens of skepticism, knowing that the role of African Americans has always been left out of every important discovery in the United States and Lacks’s story is certainly no exception.

Henrietta Lacks was a black woman who was born into poverty in 1920 in Roanoke, VA.  She died of cervical cancer in 1951.  Strangely, although Henrietta died, the cells extracted from her during her doctor visits never did, and they continue to live to this day.  Because these cells refuse to die and continue to divide and reproduce, they are considered by medical standards to be “immortal.”  The cells, referred to as “HeLa cells” has been a staple of medical science since their discovery.  Doctors and medical students around the world know of the existence and importance of HeLa cells, but practically none know the whole story of their donor.  Amazingly, the $1.05 trillion global pharmaceutical market that exists today would not be possible without HeLa cells.  HeLa cells were taken to space to study the effects of zero gravity on human tissue.  HeLa cells were used by Jonas Salk to develop the polio vaccine.  HeLa cells were used to develop vaccines against viruses that cause cancer.  HeLa cells were used since the ‘80s in research on the aging process in humans.  HeLa cells are used to map the human genome.  HeLa cells are used in cloning research.  HeLa cells were used in research for vaccines of HIV, herpes, Zika, measles, and mumps viruses, to name a few.  The cells are patented and mass produced for profit and there is no shortage of demand for it anywhere in the world that scientific medical research is conducted.  Considering how important these cells are and their profit potential, the Lacks family should be billionaires, only they’re not.  Overall, their standard of life is at or below poverty level, as it has always been.

Henrietta Lacks never had any knowledge that her cells had been used for research.  Medical privacy laws, where a patient has to give consent for use of tissue or organs outside of treatment, did not exist at the time.  However, it was not uncommon for patients to be given financial shares once a profitable discovery was made—except Henrietta was black.  Tuskegee Institute was the first laboratory to discover a way to mass produce HeLa cells.  Ordinarily, a research college would thrive from the funds made from such an important and lucrative discovery and the names of the people responsible for the discovery would be immortalized throughout science—except they were black.  Mass production of HeLa cells was soon privatized and Tuskegee never got a penny from it.  Judgments in court cases concluded that since the cells are developed in the laboratory, they belong to no one in particular, ascribing their ownership, DNA and all, to “medical science.”  This questionable legal decision forms a paradox with the reality that the process for the mass production of HeLa cells has a patent and laboratories have exclusive rights to them for profit.  After all, how can someone have the exclusive rights to something the courts said cannot be owned?

At best, only watching the television production of The Immortal Life of Henrietta Lacks will provide an incomplete, dramatized portrait of who Henrietta Lacks was and her legacy.  You will miss the generational struggles and problematic familial interactions of her grandparents, parents, uncle and cousin that shaped her life.  You will miss encounters with disturbed family members like Crazy Joe (who later found Islam and changed his name to Zakiriyya Bari Abdul Rahman) who has a profound impact on the family’s struggle for justice, the truth and fair compensation for HeLa cells.  You will miss the author’s struggle against prejudice, suspicion and ignorance in order to painfully piece together a history of who Henrietta was, what happened to her cells and all the parties who were responsible for the crass exploitation of a human being.  You will miss the photographs thoughtfully published in the pages of the book that show who Henrietta was and her surviving family as well, who take up many more pages of text than the subject of the book.  You will miss Henrietta’s daughter’s progression from a poor rural child to a lecturer at top medical schools, speaking firsthand about her mother and her own background.  You will miss the ongoing struggle the children of Henrietta Lacks undertake to restore the dignity of their mother and give her a rightful place in history, not to mention a decent burial, along with the many unscrupulous people who have taken advantage of them in the process.

Henrietta Lack’s story is one that deserves to be known and told through generations.  She and her family suffer from the same injustice and indignation that is all too familiar in the cultural memory of African Americans.  The purposeful removal of her from medical history and the deprivation of due compensation for her family can only persist if we don’t get the whole story and forget who this miracle of science and incredible human being was.  Of course, watch the movie.  But don’t let that keep you from reading the book. 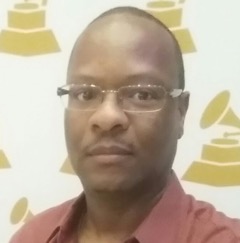 [Ken Powe is a Grammy® nominated keyboardist, producer and former English professor at Alabama State University.  He is currently a self-employed business consultant in Birmingham.]