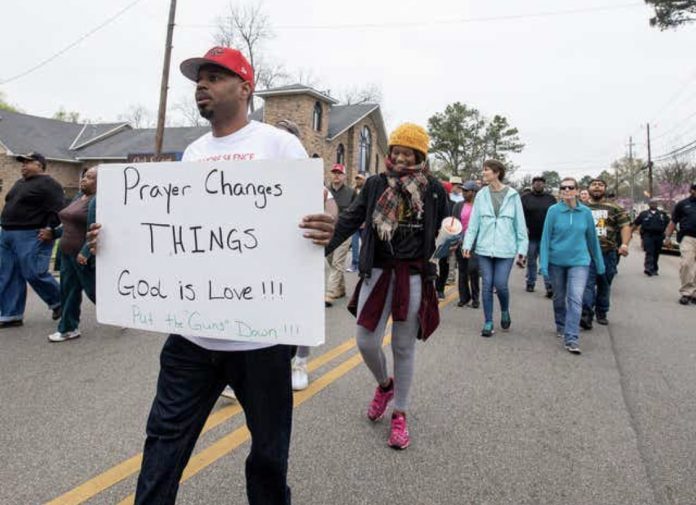 Jay Mayes, a known Community Activist, considers himself “a man who loves to serve his community.” As part of his initiative to give back to the Highlands Village Community where he was born and raised, Mayes implemented several community engagement and charitable events, such as the annual Highland Village Community Reunion. This year marks the 10th annual community reunion.

His charity work started at a young age through guidance from his mentor, Mr. Hall. His first charitable community event was a Youth Thanksgiving Dinner for a foundation which he later named the “Save the Youth” Foundation. This dinner fed over 120 children. Mayes then developed this event into an annual Thanksgiving Giveaway Drive, which has been in effect for over 17 years.

As he started being more involved in the Highland Village neighborhood, he lost close friends to gun violence. This gave him even more of a passion to work in the community.  “I grew up in it, I’ve been around it, and I’ve been a part of it, but I feel like God allowed me to get out and get myself right before bringing me back in [to my community].” To honor the impact of his mentor, Mr. Hall, Mayes created and implemented an annual Hilland Village Community Reunion, which is in its 10th Year. It is a day to reminisce with childhood friends, to let the younger generations meet, and to show the children that average, working-class men can give back to the community.

Mayes has a passion for people, especially children. He desires to set a good example for children to follow as an influencer in the community. His goal is to open up a community center in honor of his childhood mentor, Mr. Hall. “I want to be able to give kids a second chance, the same second chance that I had, or prevent them from making the same mistakes that I made.”

Mayes says that since God gave him a second chance at life, he’s been making the best of it by being heavily involved in the community. He has always been focused on giving with no desire for recognition. “I’m not the star; God is the star and He just allows me to shine,” Mayes said. “I’m just an imperfect person trying to do God’s perfect will.”

For the community to become more involved with the youth, Mayes emphasizes that we must build more community centers and implement more after-school and summer programs not only for sports, but also for life skills such as education on conflict resolution. “It’s going to take a lot of leaders that are committed to get where the youth are.” Mayes emphasizes that it is important to meet the youth where they are instead of trying to place them in a certain boundary or position to fit into where others want them to be. Mayes also feels that the city leaders have to get on one accord to continue moving in a positive direction. “Leadership is not just power; it’s about vision and involving others.”