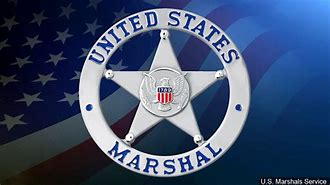 MONTGOMERY, Ala. – The U.S Marshals of the Middle District of Alabama, along with its federal, state, and local law enforcement partners, recently concluded a two-week enforcement operation focused on arresting violent fugitives and noncompliant sex offenders.

“Operation Washout represents two weeks of intense efforts by professionals who are committed to making communities and their residents safer from violent crime,” said Jesse Seroyer, U.S. Marshal for the Middle District of Alabama.

“The level of cooperation demonstrated in this operation shows what we are capable of when we work together to safeguard and protect the public from those who endanger us,” Chief Deputy U.S. Marshal M. Dante Gordon stated. “The success of this operation is a great example of what is possible when local and federal law enforcement agencies combine efforts, utilizing data and intelligence, to take those individuals off the streets who plague the citizens of Montgomery with fear and violence.”

Operation Washout is a national initiative focused on the investigation and arrest of violent fugitives, gang organizations, and noncompliant sex offenders with active warrants. Washout is an immediate impact operational model that is intended to support partner agencies and provide communities with relief from violent crime.

Op-ed: We can’t wait another decade: It’s time for Alabama to expand Medicaid

FASTER PROCESSING OF DISABILITY CLAIMS FOR PEOPLE WITH ALZHEIMER’S DISEASE