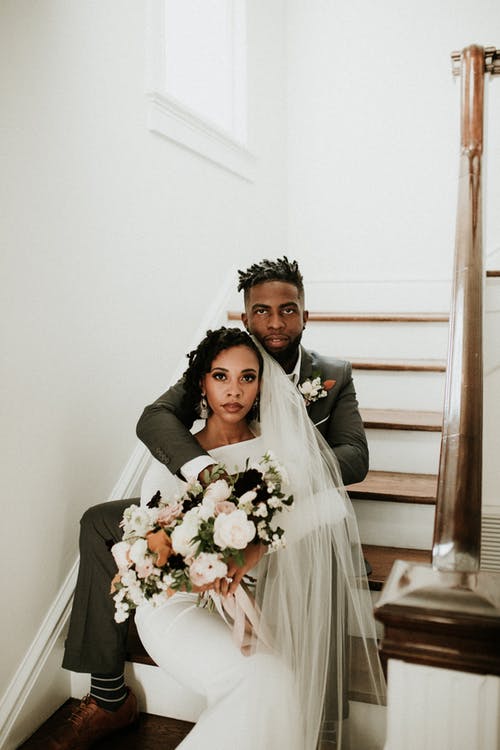 Let’s look at a very popular Bible story and how we can apply this to our marriages. We remember how in the fifth chapter of Acts, verses 17-33, Peter and the apostles were in jail when an angel of the Lord opened the doors of the jail and led the apostles outside. The angel directed them to go to the temple and tell the people everything about this new life. The apostles obeyed and went to the temple early in the morning and continued teaching. The high priest sent for the apostles and soon learned that their jail cell was empty. The guards and the leading priests were confused and wondered what had happened. They later learned that the apostles were teaching and the soldiers brought them back to the Jewish leaders. When questioned about their actions, the apostles proclaimed that they must always obey God, not human authority.

When we are going through a ‘dry’ season in our marriages it can feel like you are imprisoned in a bad marriage. You can feel trapped and locked up without a key. First you have to face the fact that there is no such thing as a perfect marriage. It is guaranteed that every marriage will endure moments of despair at some point. The key to overcoming these moments of despair or the key to the jail cell is simple: J-E-S-U-S.

Jesus is your “Get Out of Jail Free Card”. I can’t think of an instance in the Bible where Jesus was truly misunderstood. Plenty of people knew what he was saying but they chose not to listen. He is our ultimate example for being a good communicator. Communication skills are often emphasized when discussing marriages because it is so important. None of your problems can be resolved until both parties are willing to sit down and really listen to each other without becoming defensive. One of the biggest mistakes I made earlier in my marriage was my ability to come up with judgmental statements very quickly. If my husband Robert voiced one of his ‘concerns’ about me, I had to come up with two or three ‘concerns’ about him. Of course, that never solved any of our problems. Just because your spouse is voicing a concern that doesn’t mean that is the proper time for you to voice your ‘concerns’. Listen to what your spouse is saying; if necessary ask him or her for an example. If you didn’t realize you were doing it then say so and try to be more aware in the future.

How do you take a stand?  The best way to start this journey is by praying for your spouse and for your marriage. As always, begin and end each conversation with a word of prayer, TRUST ME, it makes all of the difference in the world. The discipline of praying together will strengthen the bond between you and your spouse.  You are united and seeking God’s wisdom together. Prayer is also where you will turn when the difficult days come. Praying together will also change each spouse individually.  I really like the quote about prayer from an actor playing C.S. Lewis in the movie Shadowlands: “I pray because I can’t help myself. I pray because I’m helpless. I pray because the need flows out of me all the time, waking and sleeping. It doesn’t change God, it changes me.”

By praying together you are taking a stand, and inviting Jesus into the midst of the conversation. When you pray together, you are focusing your minds, hearts, and marriage on God. You are making your marriage God-centered. You are sharing with Him your deepest needs and desires, hopes and dreams…together.

Tonya can be reached at [email protected] Tonya and her husband Robert were Married Couples Ministry leaders for 16 years at Freewill Missionary Baptist Church, Montgomery, Alabama.