Montgomery, AL– On Thursday, April 20, 2017, The Serious Injury Law Group awarded $16,000 in scholarships to high school students at its first Scholarship Award Banquet. 16 students from 12 Alabama counties were rewarded with $1,000 in scholarship money to go toward their college education. Although the scholarship was originally set for 12 students, these 16 students were selected due to their exemplary writing skills showcased in their essays. 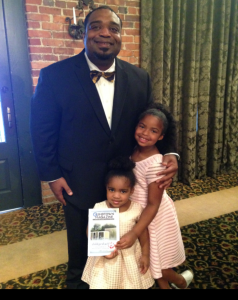 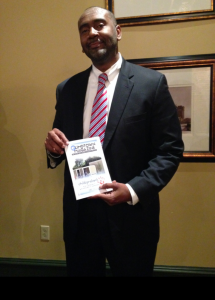 Staci Brooks, wife of Gerald Brooks, Jr., developed the idea for the contest. In honor of Black History Month, the theme of the scholarship essay was “Living History”. Students were asked to write a 500-word essay about an inspirational person in black history that is still living today. According to Gerald Brooks, Jr., the purpose of the contest was to “encourage young people to look beyond the history books and recognize heroes currently making a positive impact on their lives”.

Although the scholarship was originally set for 12 recipients, there were 16 student essays that amazed both James and Brooks. James commented that reading these essays helped him to learn about different community leaders in different Alabama counties and the positive impact that these leaders have on the youth.

The following students were recognized at the Scholarship Award Banquet and received $1,000 in scholarship money to invest in their future college education:

A few of the scholarship award recipients shared their stories.

Kiara Aaron, a student from Lowndes County, heard about the scholarship through her school counselor. She wrote about Sheriff “Big John” Williams, a native of Lowndes County. Aaron wrote about Sheriff Williams because he has been a huge inspiration in her life and the lives of other students at Calhoun High School. She is attending the University of Alabama in Birmingham and plans to use her scholarship money for college expenses.

Eddie Todd II, a student from Montgomery County, also received information about this scholarship through his school counselor. Todd wrote about his pastor, Walter Ellis. Todd commented that Ellis is an important figure in his life and someone he looks up to. “His inspirational sermons led me to use him for this essay”. Todd will be attended the University of Alabama and plans to use his scholarship money toward college expenses.

Arseilus Brown, another student from Montgomery County, found this scholarship through personal research. He chose to write about Bryan Stevenson- a lawyer, social justice activist, clinical professor at New York University School of Law, and founder and executive director of the Equal Justice Initiative. After hearing Stevenson speak at a church service, Brown felt compelled to learn more information about him. After diligent research, Brown decided to use Stevenson as his inspirational figure for this essay. Brown will be attending Tuskegee University and plans to use his scholarship money to purchase a new laptop for college.

Darneshia Harris, a student from Marengo County, received information about this scholarship from her school counselor. She decided to write about her track coach, who has been a mentor and an inspiration is Harris’ life since she was in the eighth grade. Harris is currently awaiting offers for track scholarships from various schools, including The University of Montevallo, Troy University, and The University of West Alabama. She plans to use her scholarship money toward college expenses.

The Serious Injury Law Group plans to sponsor this scholarship contest and recipient banquet every year in an effort to give back to the community and reward the youth in Alabama Counties that are going the extra mile to succeed.