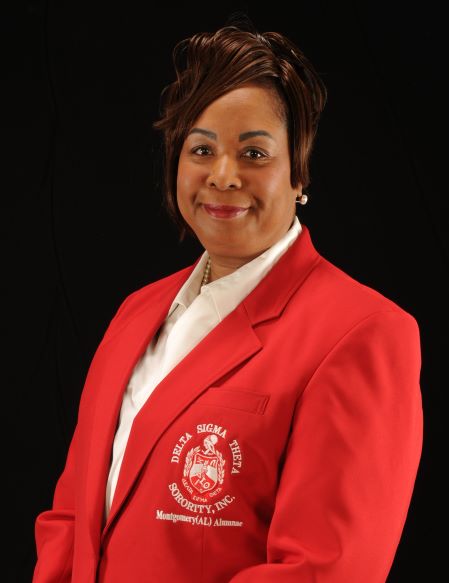 Dr. Theresa I. Brown, DPM, Founder/CEO of Essie M. B. Smith Foot Clinic, LLC, was born in Montgomery, Alabama, and attended Saint Jude Educational Institute, graduating in 1975. From an early age, Brown enjoyed math and science, and dreamed of becoming a doctor. While in high school, she was in the top ten of her class and was inducted into, Who’s Who Among American High School Students.

After high school, Brown received Presidential and Congressional nominations to the Air Force Academy in Colorado Springs, Colorado, it was the first class that accepted women into service academies. She later left to pursue pre-medicine studies at Howard University and the University of the District of Columbia, where she received a BA degree in Chemistry in 1982, from UDC and pledged Delta Sigma Theta Sorority, Inc.

Continuing her academic pursuits, Brown attended a summer program at Harvard University, for minority students who were interested in medical careers. “It was a wonderful experience to receive class credits and shadow minority physicians.”

After graduation from Podiatry school, Brown returned to Washington, DC, and completed a preceptorship with the late, Dr Donald Lyons, DPM. He was the podiatrist for Georgetown University Men’s basketball team. “It was an exciting time also having members of the House, Senate, Congress, and Judges as patients, of which several wrote letters of appreciation for their foot care.”

After completing the Preceptorship in Podiatry in Washington, DC, Brown was accepted to a Podiatric Orthopedic residency program at the Veterans Hospital in Lebanon, Pennsylvania. While there, Brown had the opportunity to treat veterans. Brown completed the program in 1992.

Once she completed the residency program, Brown decided to return home. “I returned to Montgomery, Alabama and opened my practice in 1992, with a loan from my grandparents. I rented office space, purchased a used Podiatry chair, and an x-ray machine while living with my parents during that first year. My Mom was my first employee, she had just retired from a teaching career, and assisted me the first year, her support meant everything to me.”

Dr Brown is the first African American female Podiatrist with surgical hospital privileges at Baptist East hospital, where she is still currently on staff.

Essie M B Smith Foot Clinic has been providing personalized boutique foot care and surgery in the River Region for thirty years. The clinic moved to its new state of the art location, at 201 Winton M. Blount Loop, Montgomery, Alabama 36117 in 2022.

Dr Brown is regularly active in the Montgomery, Alabama chapter of Delta Sigma Theta Sorority, Inc. She served as a Co-Chair of the Physical and Mental Health committee in 2019, starting the largest health fair in the River Region that was sponsored by a Greek letter organization.

The dream of doing a mission trip came to fruition in 2019, when Dr Brown travelled with the Delta Sigma Theta Sorority, Inc, National International Awareness and Involvement committee to visit its service projects in South Africa.

Dr Brown is also a member of Iota Phi Lambda Sorority, Inc, a sorority of women in business. In her free time, Dr Brown enjoys travelling, mentoring Podiatry surgery residents, serving as Treasurer on the Fortitude Foundation board, spending time with her 92-year-old Mother, Essie Marie Brown Smith, whose name the clinic honors, and spending time with three generations of nieces and nephews.