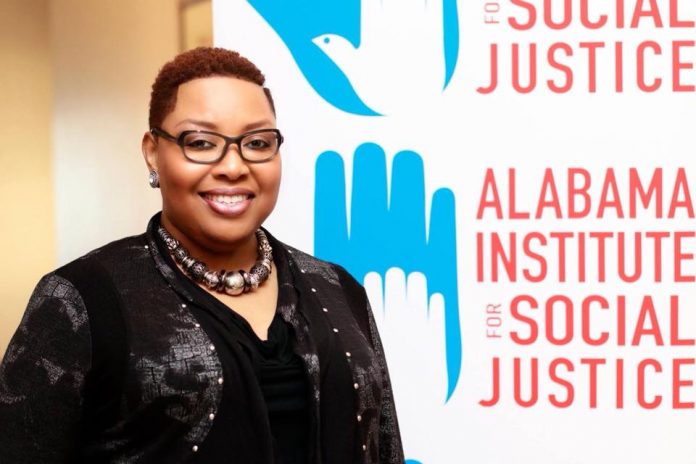 In a time where society is advocating for equality, Lenice Emanuel, MLA, is leading the Alabama Institute for Social Justice (AISJ) as it plays a pivotal role in racial healing and reconciliation. Emanuel has over 25 years of record leadership in nonprofit management, government, fund-development and community relations. During Emanuel’s career, she has secured and managed more than $30 million in grants that have served to positively impact a range of social justice issues to include academic, economic, racial, and gender equity. She is a Climate Reality Leader and part of a corps of advocates and influencers in 152 countries trained by former Vice President Al Gore.  As the Executive Director of AISJ, Emanuel is dedicated to bringing diverse groups together to engage in meaningful dialogue in an effort to build awareness and solidarity to advance a more just society.

Lenice Emanuel is from Prichard, AL, which is majority African American and a city that experienced a harsh economic downturn due to white flight. This caused her to have a deep understanding of generational poverty and quality of life issues. She also learned how communities can be made stronger by grassroots leadership and people-centered policies. During the 90s, Emanuel had the opportunity to work closely with non profit and grassroots organizations, which led her to AISJ. “I was inspired to do this work as both of my parents attended Alabama State University during the Civil Rights Movement,” Emanuel said. “They organized as students and marched with Dr. Martin L. King, Jr.; therefore, I was indoctrinated at a young age to understand my place in the world in the context of racial justice.”

AISJ is a nonprofit organization that works to empower people of color, women and children by working to build power in communities from the ground. Their mission is to engage Alabamians by mobilizing communities, setting and acting upon a racial equity and social justice policy agenda, and creating peace through racial reconciliation and healing.

AISJ was originally the Federation of Child Care Centers of Alabama (FOCAL), which was a grassroots organization that was fully dedicated to the empowerment of predominantly Black women that were operating child care centers in rural parts of Alabama. After two years under Emanuel’s leadership, the organization realized that its services and reach expanded far beyond child care advocacy and therefore updated its name to the Alabama Institute for Social Justice to “better reflect the evolution and future direction of our work.”

The services that AISJ offers are categorized under 6 main areas of focus: child care advocacy, voter engagement, gender equality, grassroots organizing, environmental justice, and racial healing and reconciliation. “These areas were identified as inadequate or problematic in the communities we serve,” Emanuel said, “which are predominantly families residing in Alabama’s Black Belt Region.” In Lowndes County, AISJ has worked with families that are the victims of environmental racism: people that live with raw sewage in their homes and yards due to inadequate waste management systems. They have also witnessed voter suppression and barriers that keep impoverished, minority communities from exercising their constitutional right and civic duty. Because the race and gender demographic is predominantly Black women in most of these communities, AISJ understands the critical need to frame their work using a race and gender equity lens. “In all instances,” Emanuel said, “these families are victims of racialized poverty and the lingering implications of a history of legalized oppression.”

During times of racial injustice and unrest in society, AISJ collaborates with a number of local, state, and national organizations to speak out, advocate, and organize strategies and policies to address the injustices that countless Black men and women have suffered as a result of structural racism and white supremacy.  One such organization is the Movement for Black Lives (M4BL), which has established an Alliance with AISJ to end the war of racism. M4BL is a group of individuals and organizations having diverse backgrounds united in a commitment to Black liberation and the defense of Black lives. In the month of June, AISJ participated in Six Nineteen– a weekend of direct action held during the Juneteenth weekend to call for diverting spending on militarized police and investing in community-based programs like healthcare, education, and housing to help keep Black people safer, allowing them to thrive, and preserve their dignity. Additionally, AISJ has participated in marches, signed letters, and challenged systems of inequity that have resulted in the continual racial terror of Black communities across the country.

The overall goal of AISJ is to create a state where economic, political, and social equity exist for everyone. “AISJ is grounded by the values of respect, inclusion, compassion, and equity;” Emanuel said. “Therefore, by design, we work across divergent backgrounds and experiences to maximize our capacity in actualizing this goal.”

Some of the ways that the community can engage with AISJ is by participating in their online forums, assisting with voter engagement via electronic platforms, reaching out to at least ten of your family and friends to make sure they are registered to vote and providing them with information on how to engage in absentee ballot voting as an option in this season of COVID-19. To learn more about ways to get involved and to learn about future events, programs, and initiatives, visit the AISJ website at www.ALISJ.org and follow the Alabama Institute for Social Justice on social media.