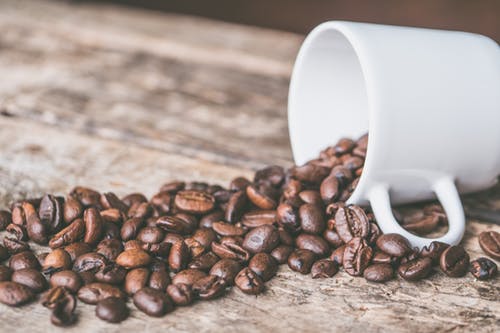 A young woman went to her mother and told her about her life and how things were so hard for her. She did not know how she was going to make it and wanted to give up. She was tired of fighting and struggling. It seemed as if as soon as one problem was solved a new one arose. Her mother took her to the kitchen. She filled three pots with water and placed each on a high fire. Soon the pots came to a boil. In the first, she placed carrots, in the second she placed eggs, and the last she placed ground coffee beans. She let them sit and boil, without saying a word.  In about 20 minutes she turned off the burners. She fished the carrots out and placed them in a bowl. She pulled the eggs out and placed them in a bowl. Then she ladled the coffee out and placed it in a bowl. Turning to her daughter, she asked, “Tell me, what you see?” “Carrots, eggs, and coffee,” she replied. She brought her closer and asked her to feel the carrots. She did and noted that they were soft. She then asked her to take an egg and break it. After pulling off the shell, she observed the hard-boiled egg. Finally, she asked her to sip the coffee. The daughter smiled, as she tasted its rich aroma. The daughter then asked. “What does it mean, mother?”

Her mother explained that each of these objects had faced the same adversity – boiling water – but each reacted differently. The carrot went in strong, hard, and unrelenting. However, after being subjected to the boiling water, it softened and became weak. The egg had been fragile. Its thin outer shell had protected its liquid interior. But, after sitting through the boiling water, its inside became hard.  The ground coffee beans were unique, however. After they were in the boiling water, they had changed the water. “Which are you?” she asked her daughter. “When adversity knocks on your door, how do you respond? Are you a carrot, an egg, or a coffee bean?” The carrot seemed strong, but with pain and adversity, it wilted and became soft and lost its strength? The egg that started with a malleable heart, but changed with the heat. It had a fluid spirit, but after a death, a breakup, a financial hardship or some other trial, it hardened and stiffened? Its’ shell still looks the same, but on the inside it became bitter and tough with a stiff spirit and hardened heart. The coffee bean actually changed the hot water, the very circumstance that brought the pain. When the water got hot, the bean released the fragrance and flavor. Are you like the bean? When things are at their worst, do you get better and change the situation around you?  When the hour is the darkest and trials are at their greatest, do you elevate to another level?

How do you handle adversity? Are you a carrot, an egg, or a coffee bean?

When the heat is up in your life, and things become difficult, do you take on the traits of a cooked carrot?  Are you the carrot that goes into adversity hard and rigid and comes out weak and soft?  Are you the type of Christian that is strong in God until you are being tested?  During the storms, do you turn into a whining Christian?  Or do you stand strong on God’s promises and walk upright and look towards the hill?  Do you start the battle strong and end the battle ‘squishy’?

Or are you like the egg?  You start facing each challenge with a fluid center that turns brittle and rigid when tested by trouble?  Are you pretending to be strong, displaying this hard outer shell when actually you are a liquid center?  I like to use one of the teens’ favorite phase.  In times of trouble, do you turn into a ‘hot mess’?  When life bumps or juggles you strongly, do you crack and fall apart like the egg that hits the floor?  As the heat increases you turn into a rigid Christian.  You are still a hard shell but you are easy to crack.  You are hard on the inside with no room for change.  Are you so heavenly minded that you are no earthly good?

I pray that we are the strong Christians we pronounce to be.  I pray that we are all coffee beans.  We take disaster and make something useful out of it.  Coffee beans turn the liquid, the diversity into a strong, wonderful smelling, useful liquid.  I am reminded of another saying, “What the devil meant for bad, God turned it into good.”  Every person goes through hard times and tribulations.  We are placed in the heat throughout our entire life.  Some of us never thought we would make it this far.  But by the grace of God we are getting stronger.  Regardless of how hot the water may become in the pot, we have more of the Word in us that protects us from the damages the heat could create.

Tonya can be reached at [email protected].  Tonya and her husband Robert were Married Couples Ministry leaders for 16 years at Freewill Missionary Baptist Church, Montgomery, Alabama.

Corina Hamby: A Journey from Struggle to Success in Real Estate