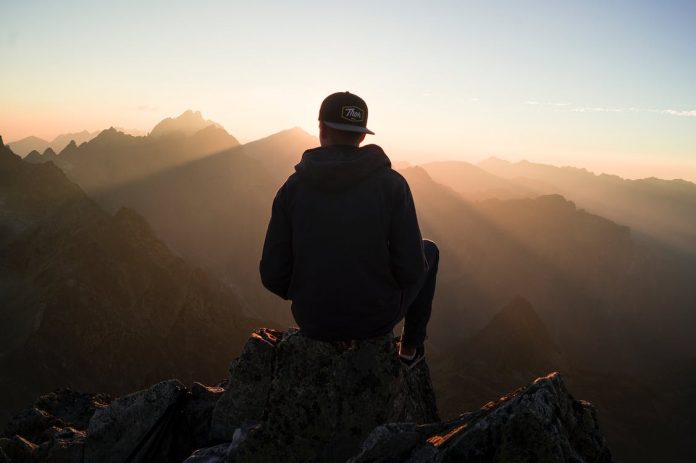 We all remember the story of David and Goliath. As children, we were fascinated about how someone as small as David could kill a giant. Here we have David, whose main responsibility was to take care of the sheep. I imagine him being a small, scrawny, little boy with big ideas and even bigger dreams. David was ‘baby bro’; he was the youngest of eight sons. Jesse, David’s father, decided to send him on a simple errand. He is supposed to take his big brothers a snack and return home with news about his brother’s wellbeing.

How many times have you left home to resolve a very simple issue and it turned into something huge? How many simple decisions have you made that blew up in your face and caused what seemed like the next world war? Early the next morning, David leaves his sheep with another shepherd and takes off for a journey that will change his entire life.

Now, we all have giants in our lives. Your Goliath may not be nine feet, four inches tall, with a bronze helmet on his head with a coat of bronze armor that weighed about 125 pounds. The giant in your life might be unemployment, abandonment, sexual abuse, or depression. Your giant may not stand in front of you and your people yelling, “Today, I stand and dare the army of Israel! Send one of your men to fight me!” (I Samuel 17:10, NCV). Goliath paraded up and down the hills in the Valley of Elah yelling and threatening the Israelites. Your Goliath prances through your office, your classroom, and your church, and yes, unfortunately, maybe your home. He brings bills you can’t pay, grades you can’t make, people you can’t please, and so-called Christians who claim that they love you.

Today’s Goliath provides you with Whiskey you can’t resist, drugs you can’t say no to, pornography you can’t refuse, a career you can’t escape, a past you can’t shake, and a future you can’t face. How long has this Goliath stalked you? How long have you allowed this Goliath to control your thoughts? How many generations of your family were destroyed by the same Goliath? Maybe your dad fought your Goliath’s dad. Does this Goliath await you in the morning and torment you at night?  The story of David and Goliath reminds us of the Giants in our own homes. We are constantly fighting Giants within the constraints of marriage.

My question for you is what is your war plan for destroying your Goliath? Are you going to hide in a comer or are you going to pick up your spiritual weapons and fight? Be like David! David showed up to the fight discussing God. He asked the men standing around, “Who does this fool think he is? How crazy is he to think that he can speak against the armies of the Living God?” (I Samuel 17:26) David stands up to Saul and declares that he can destroy Goliath. Regardless of what Saul says David knows that God will protect him. He tells Saul about how God has delivered him from the paw of the lion, and from the paw of the bear. He declares to everyone that God will deliver him from the hand of this Philistine (17:37). We often forget the number of battles the Lord has fought for us. David shows that God’s loyalty is evident with his reply to Goliath, in verses 45-47, he simply states that there is a God in Israel. He declares that the battle is the Lord’s and God does not need swords or spears. The Lord who is all-powerful will hand the Philistines over to the Israelites.

We all know how this incredulous story ends. We know that David kills Goliath, with one stone, with one attempt, and one sling. You may ask what makes his story so grand. David approached his giant the right way. No one else was discussing God. David discussed no one else but God. This fight was beyond the human perception.

This wasn’t “David vs. Goliath” it was really “God-focus vs. Giant-focus”. Where we major in fear, David majored in God. He sees the giant, mind you; he just sees God more so. David’s war cry, his chant for battle, his victory call is I Samuel 17:45, “…But I come to you in the name of the Lord of hosts, the God of the armies of Israel.” This war cry clearly states that he plans on being victorious. Defeat is not an option!

What battle is raging in your life? Are you equipped with God’s spiritual weapons? Isn’t it better to be equipped with rocks provided by God and be assured that you will be victorious than to have rocks in your head and dwell on the battles you are incapable of winning without God. Don’t be like the people of Israel and forget who had called them to enter into the Promised Land. They had seen God fight for them numerous times, yet they neglected to trust him in this one. He excels on sending a new Goliath to call you on the phone. Why listen to Goliath? Isn’t it more victorious to listen to the voice of God with the same ear? Do what David did! Seek God’s wisdom and try a different approach. Turn a deaf ear to Goliath’s voice and open a wide eye to new choices. Keep listening for God’s voice; he loves to talk to you..

BE LIKE DAVID! DO NOT FOCUS ON THE SIZE OF THE ENEMY, FOCUS ON GOD!

Tonya can be reached at godlovestee@gmail.com.  Tonya and her husband Robert were Married Couples Ministry leaders for 16 years at Freewill Missionary Baptist Church, Montgomery, Alabama.

Parole officer announces run for MPS Board of Education