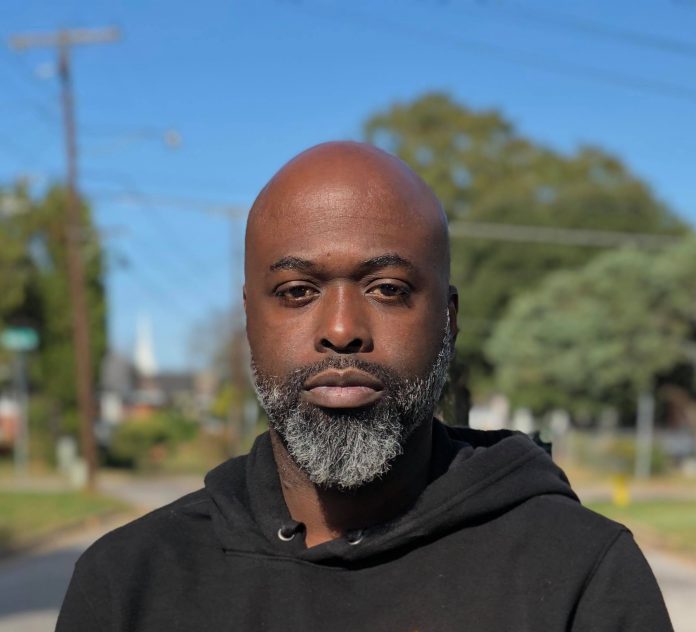 Montgomery,AL– Kevin King has been in Montgomery for 18 years. While here he has dedicated his time developing  safe spaces for youth. King, also a co-founder of Common Ground has just finished his last day earlier this year. King says that many people don’t realize that art is what typically draws them to spaces and how art can help the community. King also wants to focus on underexposed and underdeveloped artist. This is why he established The King’s Canvas, a non-profit art studio.

A native of Mobile, King spent most of his youthful summers in Montgomery and the River Region with his father and brother. King eventually married and decided to live in Montgomery, while attending Tuskegee University.

As a child, King says that he was always interested in art but lacked the creative environment. It was during his time at Tuskegee that he actually stopped creating and began focusing on achieving a degree in engineering. During 1998 and 2002 be spent his time at the university seeking opportunities in the engineering field, but never found a love for it as he did for art, “I was trying to figure out how to use art within engineering,” King said “Because growing up I was told that I would not be able to do anything with art, career wise; which was not true.”

After leaving Tuskegee University, King did not create anything for 16 years. King then shared that it was his wife and daughter that allowed  his creativity urge to resurface, by giving him art supplies as a Father’s Day gift.

King says that he recognized what the community lacked, a creativity outlet, specifically Montgomery’s west side, which is where The King’s Canvas is located.

His priority with The King’s Canvas is to give to people what he did not have as a youth, a place to create and learn. King focuses on looking at art from a business aspect, so those who attend can learn how to use art to their advantage.

The King’s Canvas has an open door policy, but he targets teens and young adults. In the future, King plans to connect with art teachers in Montgomery Public Schools (MPS) to develop a variety of art programs.

The King’s Canvas offers in-house art classes, entrepreneurship skills, studio space, and exhibits for the public. As this non-profit continues to grow he plans to partner with business owners who will provide opportunities for  artists to “tag” the exterior open space of their buildings. During the summer he hosted an eight-week summer program at Common Ground, which was created as a commemoration of one of his students who passed in January of 2019.

One of King’s biggest accomplishments, thus far, is a young lady from Detroit “who went from having no [art] community to having her art shown in exhibits and shows, and sitting at the table with the mayor.” He measures his accomplishments in terms of people. He said, “If it’s not about people then it’s futile. . . if I’m not providing opportunities and assets, then I am not moving toward success.”

“My focus is starting on my own neighborhood.” King wants to help the west side of Montgomery regain its momentum while his vision is to make Montgomery a place you can freely spread art throught-out.The King’s Canvas is located at 1413 Oak Street. You can also visit their website www.thekingscanvas.org and follow them on Facebook and Instagram “The Kings Canvas.”