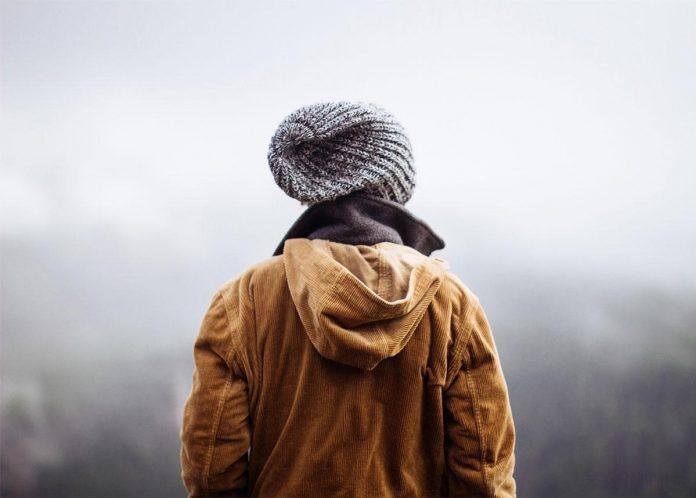 A Tale of Two Cities

Montgomery, Alabama is a quintessential tale of two cities.  This small but significant land of sacred grounds boasts privilege as both the birthplace of the Modern Civil Rights Movement as well as the Home of the Confederacy.  Through its intersecting identity the city is undergoing a reconstruction of its past by gentrifying the optimism of its future as Alabama’s number one tourist city for 2018.  This is mostly contributed by the opening of the National Memorial for Peace & Justice and The Legacy Museum.  These landmarks were created by the Equal Justice Initiative (EJI).

Based in Montgomery, the EJI dedicated the landmarks to honor the lives that were sacrificed by slavery, dishonored by lynching, and marginalized by the mass incarceration of people of color in America.  Nearly a half million tourists arrived on the shores of Montgomery, Alabama last year contributed to the sixth consecutive year of growth in tourism for Alabama, boasting some $15 billion dollars in economic impact (which could easily fund our state’s fledgling education system but that’s another conversation for a different time).  Had those inquisitive tourists exploring our black belt soils expounded a little further past the beauty of Montgomery’s downtown Alley Station & Riverfront, they would have unearthed a harden truth about the “Capital of Dreams”.

In all of its new development and historic glory, Montgomery, Alabama has a beautiful complexity still marginalized by economics, gender, age, education, class, religion and most important race.  The impending Mayoral runoff will unfold over the next six weeks and reveal a vivid textbook examination of these divisions.   A very much segregated city with a segregated public-school system in 2019.  Racially divided communities and a declining population due to “white flight” of the Caucasian middle-class escaping the perimeters for preferred communities like Prattville and Pike Road.  Montgomery just doesn’t just need a Mayor right now. Montgomery needs a savior that gives its citizens a new sense of hope with the ability to expand the narrative.

On paper without an image of either of Montgomery’s current mayoral candidates and without the interruption that our own personal biases creates in our decision-making processes about other people who don’t necessarily look like us, it would be clear to  any rational thinking adult to determine based purely on experience, credentials, education and pedigree; who is likely the most qualified candidate to lead Montgomery forward in the position of mayor.  But when you factor in race, party affiliation, politics, and personal prejudices, you’ll begin to quickly understand why Montgomery a predominantly African American city with more than 61% being people of color.  This could even be higher ratio if you include the percentages of Asian implants due to Hyundai Manufacturing and its subsidiaries, as well as the growing Latino community.  It’s unfathomable to many why there’s even a runoff in the first place.  Assuming that Montgomery, like other southern cities of its size in America, votes strictly based on race and party affiliation above all other qualifiers.

David Woods “The Establishment” is a Dothan, AL native. Woods attended the University of Alabama.  He is an astute businessman and family man with a strong track record for success in growing his small communications company into an impressive three television stations that have served the River Region for decades is to be commended.  However, Woods has no record of public service, political pedigree, or civic & social engagement into Montgomery’s diverse communities and under-served neighborhoods.  The hard truth is Woods only real qualifications for leading Montgomery forward in the position of mayor is that he’s Caucasian and Republican. That’s all that’s required for other Caucasian Republican Montgomerians to endorse him as their potential candidate of choice.

Steven Reed “The Movement” is a Montgomery native and product of the Montgomery Public School System. Reed is highly educated, having graduated from the historic Morehouse College and Vanderbilt University respectively with impressive internships and work experience with top Fortune 500 companies before returning to Montgomery.  Reed is a family man and a former small business owner in Montgomery. He comes from a family with a strong political pedigree of public service to Alabama.  Voted by the people nearly a decade ago in a landslide victory, Reed is now serving successfully in the public position as Montgomery’s Probate Judge. He also happens to be African American and representing the Democratic Party as the candidate of their choice.

The race for Montgomery’s next mayor started with a field of more than a dozen colorful candidates, mostly African American males.  On Tuesday August 27, 2019 the field was narrowed down to what Montgomery deemed by their voting results as the two most qualified, with Reed receiving around 43% of the vote.  But to win an election out right without discrepancies in determining it as the “absolute majority” of the votes, the winning candidate must win by 50% plus one vote.  Montgomery is now in an unprecedented Mayoral runoff that the entire world will be watching closely on October 8, 2019.  Why? Because of its historical value of having the potential to elect Montgomery’s first African American mayor in this historic Civil Rights town where icons Dr. Martin Luther King lived and Rose L. Parks ignited the Montgomery Bus Boycott Movement in 1955.

Will Montgomery get it right and choose the best qualified candidate to move the city forward or will they let fear and generational politics control the vote based only on race and party affiliation?  That is yet to be determined.  However, if the people of Montgomery truly care about Montgomery then the 2019 Mayoral Election is actually an opportunity for the citizens to prove it.  The voters can also simultaneously reconcile some of Montgomery’s sordid racial past and vast history of limited opportunities for those who didn’t fit the narrative of the establishment.

Much like other sister cities within a two-hour radius of Montgomery who have proven that leadership without limitations is a progressive move for the entire city.   Atlanta, Georgia still thriving under the leadership of Keisha Lance Bottoms who happens to be African American and female voted in by the people in 2018.  The second female in that position since Shirley Franklin was voted by the people in 2001 after Mayor Maynard Jackson broke that barrier to entry in Atlanta in 1973, some 45 years ago. Alabama’s largest city Birmingham, located just one hour north of Montgomery, had its first African American mayor Richard Arrington Jr. some 40 years ago in 1979 and subsequently has had four additional African American mayors since, including Benard Kincaid, Larry Langford, William Bell and the current Mayor Randall Woodfin all elected by the people.   The tale of these two cities proving leadership should not be reserved only for or limited to cisgender Caucasian males with mediocre accomplishments, conservative values, subpar political experience and little contributions to the greater society outside of their inner circles of influence.  Montgomery has given honor to that system since its inception in 1846. Most recently under the leadership of Emory Folmar, Bobby Bright and Todd Strange, all mayors voted by the people and all Caucasian Republican males.

Race is one of the most powerful social signifiers of identity and difference in Montgomery, Alabama. This mayoral race will prove no different in telling the story of this great city.  It will be a mayoral race about race. However, young voters will be the key to changing the landscape of Montgomery, Alabama forever. It was consequently the Millennial Generation that redefined the American political structure by voting in the first Black President Barack Obama in 2008.  It will be this same powerbase to expand the narrative and write the new chapter of Montgomery’s future history in its 2019 Mayoral Race.

Perry Varner is a Montgomery Native based in Birmingham. He is a local social influencer as well as an author of The Perfect Pair novel about race & culture. He is also a  designer who engages in political strategies and pop culture in Alabama, Georgia and New York City  + perryvarner30@gmail.com