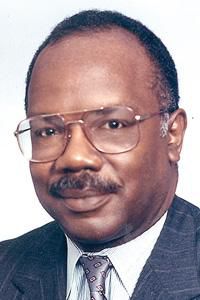 James W. Wright, a devout businessman and entrepreneur, was passionate about building up African-American owned businesses in Tuskegee, Alabama. He devoted his life to creating an empire that would bring profit to the black community.

James Wright was born on May 7, 1943 in Pennsylvania. He graduated from Lincoln University in Oxford, Pennsylvania with a bachelor’s degree in History and Economics. Upon graduating, Wright worked at several banks in Delaware.

After working in the banking system for a few years, Wright developed a strong longing to own and operate his own bank. To fulfill this dream, he left his job as a bank president in Delaware and moved to Tuskegee, Alabama. While in Tuskegee, Wright discovered the Tuskegee Cooperative Building and Loan Association. It was chartered in 1894 in a classroom on the campus of Tuskegee University. In 1991, Wright bought this bank and renamed it First Tuskegee Bank. Two years later, Wright expanded his banking company by establishing two branches in Montgomery, Alabama.

James Wright’s restoration of the oldest African-American owned bank in the United States received great recognition. In acknowledgement of his great deed, Wright was appointed as a board member of the Tuskegee University Board of Trustees and the board of Alabama Power. He also served as the president of the Tuskegee Area Chamber of Commerce, a chairman of the Tuskegee-Macon YMCA, and a member of the Business Council of Alabama.

On December 18, 2010, James Wright died of complications with a renal disease that he had been battling for almost three years. After his death, his son Neil Wright took on the job as president and CEO of First Tuskegee Bank to continue his father’s legacy. In 2015, First Tuskegee Bank merged with Liberty Bank, another African-American owned banking company. Although the name has changed, First Tuskegee Bank still stands as the oldest black owned bank in the U.S.