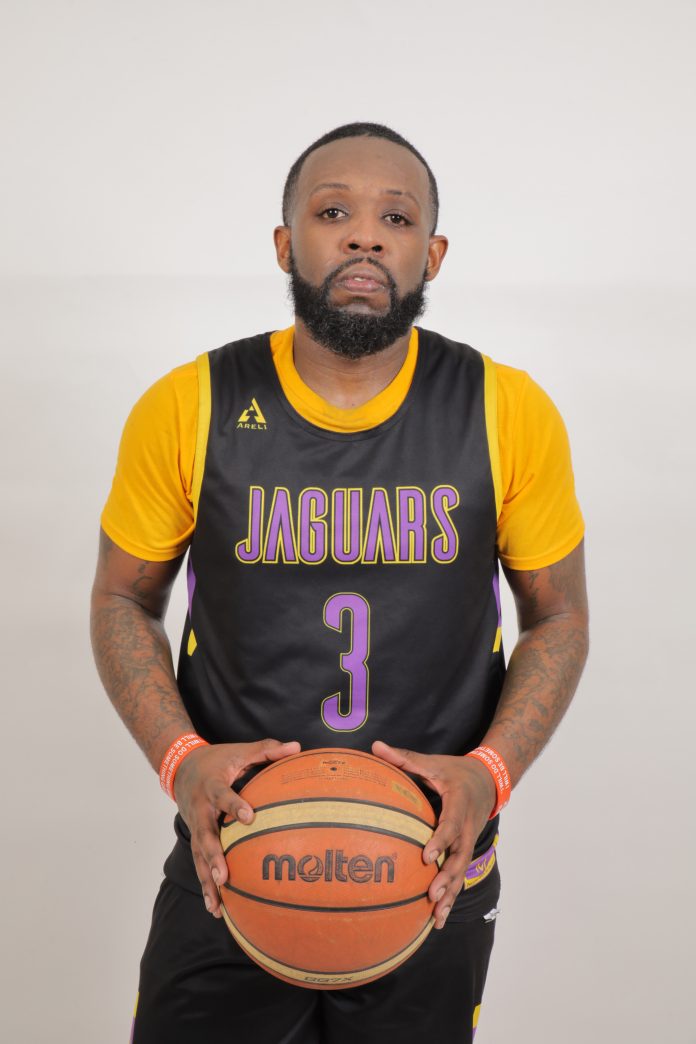 American historian Kevin Kruse once said these words: “Life is about making an impact, not making an income.” Montgomery, Alabama has been gifted with a semi-professional men’s basketball team called the Central Alabama Jaguars. This talented team is about playing the sport they love and making a positive impact in their community as well. On Sunday, January 31, 2021, I had the pleasure to sit down and interview a couple of these driven individuals. At Gumptown Magazine, we are proud to recognize what you all are doing, and we know you all will continue to do great things.

The head coach of the Central Alabama Jaguars is Mr. Surez Estes. He brings 15 years of experience to the table from his playing days and now as a high school basketball coach. Although this is his first head coaching opportunity on the semi-pro level, he is both humbled and honored to be involved. “BJ was just so kind to bring me on. The guys, Will, and the rest of the team thought enough of me because of my basketball involvement in the community, and they wanted to give me that chance, so I appreciate them very much!” he exclaimed with a smile. He also expressed that he wants his players to have a love for the game and to be a good example in the community. He concluded that by knowing his players since high school, he does not find it hard to coach them at all.

The assistant coach of the team is Miss Jai’Lyn Lover. Like the head coach, she also brings tons of experience, having played varsity at St. Jude Educational Institute and four years at Huntington College. When asked was coaching already in her blood, she proclaimed with a laugh, “Right, right!” For Lover, this is her second time coaching on this level, and she is huge on her players doing well on the court and in the community. She explained, “I really see this team going very, very far. We have a great group of guys. We have great leaders, very well-known in the community and that’s a very big thing to me because once you take care of home, everything else will take care of itself.” She wants to give her players the opportunity to continue their career if they so choose on the next level.

Mr. Wilnardrick Franklin and Mr. Jamie Washington are two of the players on the team. Mr. Franklin is a triple threat being the Vice-President, Player Personnel, and the Shooting Guard. He wholeheartedly believes that his city needs this because it was something that was missing. “Montgomery needs this because Montgomery ain’t never had it,” he implied. He used his connections from his high school and college days to bring people together to play the sport they all love and for the city they love too. His vision is for the ball club to be known not just locally, but also globally. Mr. Washington has been involved in the sport since age five and can play just about every position on the court. The former Sidney Lanier Poet says that he likes basketball on this level because it is city influenced. “I kinda like it because it is city tied. You always giving back to the city,” he replied. Like Mr. Franklin, he wants the ball club to be known globally, and seeing it is their first year in the league, he wants to win it all.

Mr. Bryishun “BJ” Pernell is the owner of the team. The Millbrook, Alabama native and Alabama State University alum is a man of many hats, from teaching computer access at Wetumpka High School, a youth director at his church, and being a life coach at the Elmore County Probation Office. When asked how did he get involved in this business, he explained, “I recently was working with another team and just kinda branched out on my own, just to get my feet wet. This is something I wanted to do as far as giving back to the community.” Even though he didn’t play basketball, he did run track and saw the difference between them. Like his coaches and players, he is all about the community. He concluded, “My vision going forward with this team is the community. Getting involved in the community and giving back, that’s our vision and goal with this team.”

The Central Alabama Jaguars take on the Louisiana Timberwolves on February 13th and live streamed on Facebook Live, and you can find them on their IG page @central_jags and their website www.centralalabamajags.com. On behalf of Gumptown magazine, we hope and pray you all have an amazing season and Go Jags!!