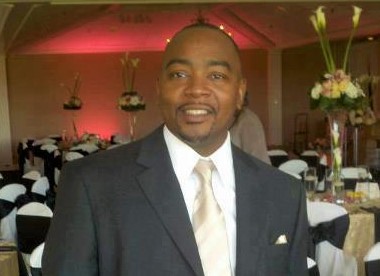 Black History Month is a time to celebrate those heroes and sheroes. Some are ingrained in our memory such as Rev. Dr. Martin Luther King, Jr. Rosa Parks, Barack Obama, Harriet Tubman, and more. While these may stand out, there are others who may not be as well known, but their impact and sacrifices are just as significant. On Wednesday, I had the opportunity to interview a young man who doesn’t see himself as a hero, but a good example. His name is Geno Tolver, and he is the founder and pastor of Abundant Life Church Ministries, a semi new ministry that’s located at 1343 South Memorial Drive in Prattville since October 19, 2014. Gumptown Magazine is proud to highlight him and his great contributions to make the world an even better place.

Being a man of the cloth wasn’t on his radar as a child growing up though. “When I was younger, I did not have ministry, pastoring, or any of the such on my mind. Just a typical, regular young man,” he explained. He went on to say that he had aspirations of working in various fields such as in the finance industry, being a dentist, a cowboy, a fireman, and a policeman. He concludes that the call of ministry began to press upon him as early as his late teenage years. “As I got older, I think in my later teens, I do think that the call into ministry started to increase!” he proclaimed.

Like any job in this world, there will be things you like and other things you don’t like, and being a pastor is no different. One of the things he truly enjoys is seeing the personal growth in people. He shares, “What I enjoy the most about pastoring is seeing the growth in people. You would see them and come into their presence or contact at one point in their life and seeing how God can work on and with a person. And then five years later, six years later, they’re a totally different person. That just brings me so much joy!” On the flip side, one of the things he least enjoys are the misjudgments of people who don’t know him. “The worst part of it is being judged by people who don’t even know you. Don’t know your walk, don’t know your conversation, don’t even know you, but they got such strong opinions about you based on small snippets of your life…,” he replied. While this may not seem fair, he goes through it all like the champ he is.

Like the ones previously named, he doesn’t see himself as a hero, but just a good example. He explained, “As I’ve matured, I’ve considered myself to be an example because that’s what the Scriptures say I should be based on the position that God has called me to. So, I try my best to be a good example to those who are around me, see me, who I interact with, who I pastor, and those who know me from up close and from a distance.” Pastor Geno Tolver along with his wife Davina and kids Nick and Kiah are committed to doing God’s work and living the abundant life as God has promised them. Congrats Pastor Geno Tolver on being one of our unsung heroes and may God continue to bless, keep, and protect you, your family, and your ministry even the more.