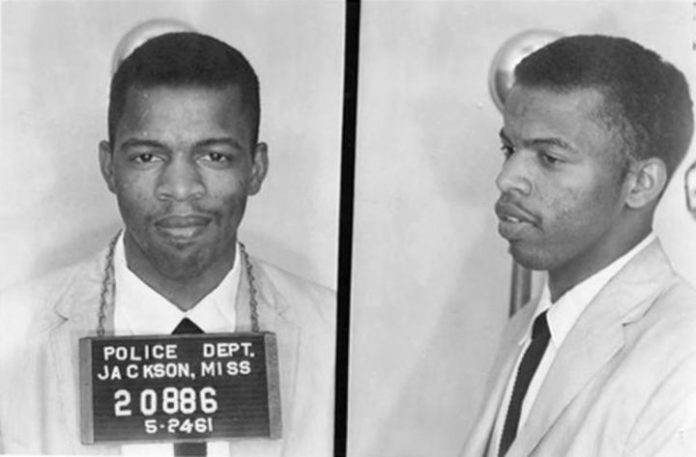 This past weekend we lost a towering figure of the civil rights movement, Mr. John Robert Lewis. John Lewis was an American politician and civil-rights leader who served in the U.S. House of Representatives for Georgia’s 5th congressional district from 1987 until his death in 2020. In March of 1965, Lewis led the Selma to Montgomery marches across the Edmund Pettus Bridge. On March 7, 1965 in Selma, Alabama an incident which became known as Bloody Sunday, armed Alabama police attacked unarmed civil rights demonstrators, including Lewis, Hosea Williams, and Amelia Boynton.

Lewis’ death was confirmed in a statement by Nancy Pelosi, the Speaker of the House of Representatives. Mr. Lewis, a Georgia Democrat, announced on December 29, 2019 that he had Stage 4 pancreatic cancer and vowed to fight it with the same passion with which he had battled racial injustice. Mr. Lewis’ personal history paralleled that of the civil rights movement. He was among the original 13 Freedom Riders, the black and white activists who challenged segregated interstate travel in the South in May of 1961.

Lewis was born on and raised on a farm in Troy, Alabama. As a boy, Lewis aspired to be a preacher. At the age of five, he was preaching to his family’s chickens on the farm. As a young child, Lewis had little interaction with white people; by the time he was six, Lewis had seen only two white people in his life. As he grew older, he began taking trips into town with his family, where he experienced racism and segregation, such as at the public library in Troy. Lewis had relatives who lived in northern cities, and he learned from them that the North had integrated schools, buses, and businesses. When Lewis was 11, an uncle took him on a trip to Buffalo, New York, making him more acutely aware of Troy’s segregation.

In December of 1955, Lewis learned of the arrest of Rosa Parks and first heard Martin Luther King Jr. on the radio. He closely followed King with the Montgomery Bus Boycott later that year. At age 15, Lewis preached his first public sermon. Lewis met Rosa Parks when he was 17 and met King for the first time when he was 18. King gave him the nickname “The boy from Troy”. From that day forward, he never stopped fighting for justice and equality.

He was a founder and early leader of the Student Nonviolent Coordinating Committee (SNCC), which was formed in Nashville, Tennessee in 1960. The committee coordinated protests, which included lunch-counter sit-ins. He helped organize the 1963 March on Washington, where Dr. King was the main speaker, on the steps of the Lincoln Memorial. Lewis was also given the privilege of speaking on the behalf of students. Mr. Lewis led demonstrations against racially segregated restrooms, hotels, restaurants, public parks and swimming pools, and he rose up against other indignities of second-class citizenship. At nearly every turn he was beaten, spat upon, or burned with cigarettes. He was tormented by white mobs and absorbed body blows from law enforcement.

John Lewis was an inspiration for the continued fight for justice and equality. Currently with the Black Lives Matter Movement, Lewis was proud of the younger generation picking up the torch by standing their ground and demonstrating their determination to spark change. In his dying days, he continued to spread the messages that “If you see something, say something” and “Never be afraid to get into GOOD TROUBLE.”