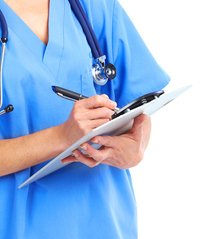 It’s been a decade of missed opportunity. On June 28, 2012, the U.S. Supreme Court ruled in NFIB v. Sebelius that Alabama and other states were not required to implement the Affordable Care Act fully. The decision declared that states could opt out of expanding Medicaid to provide health coverage to adults who have low incomes and could not otherwise afford insurance.

Despite the ruling, a generous offer remained on the table: The federal government would fund Medicaid expansion in its entirety for the first three years and cover 90% of the cost thereafter. Still, Alabama sat by and did little even as 17 of our hospitals have closed since 2010.

We watched with no response as more than 300,000 of our friends and neighbors – folks who make too little to afford private insurance but too much to qualify for our bare-bones Medicaid program – struggled to afford needed health treatments or simply went without care. We waited for help to come as major health indicators – including labor force participation rates, maternal mortality rates, substance use disorders and mental health outcomes – continued to languish.

During those 10 years, we witnessed 38 of our neighboring states take the deal that we did not. The results speak for themselves.

While many of Alabama’s rural hospitals closed, Arkansas expanded Medicaid back in 2014 and retained their rural hospitals and providers. While more than 600 Alabamians die every year due to lack of health coverage, Louisiana expanded Medicaid back in 2016 and saw a reduction in premature deaths. And while Alabama lost out on more than $1 billion in additional tax revenues that would have strengthened our economy and supported our long-term economic success, our federal tax dollars went to fund health care in other expansion states, including Kentucky, Missouri, Oklahoma and Virginia.

The good news is this: A new Medicaid expansion deal is now on the table, and it is even better financially than before. The American Rescue Plan Act offers additional incentives to states that have yet to expand Medicaid to ensure we don’t miss out. With these incentives, Alabama could more than afford to provide coverage for those 300,000 friends and neighbors who are struggling to make ends meet and pay for health care.

Evidence is strong that states that build a strong social safety net, including more expansive Medicaid programs, enjoy faster economic recovery from recessions than those that don’t. And these federal funds will provide the most benefit to those most harmed during the COVID-19 recession. Medicaid expansion also will help K-12 schools and universities across Alabama by generating significant increases in income and sales tax revenues – the funding sources most at risk of decline in times of economic instability.

When we look back on this moment 10 years from now, I’d like for the story of Medicaid expansion to be one of an embraced opportunity. Let us say Alabama’s leaders brought billions of dollars back home to invest in our health care, our economy and our people. Let us say we weathered the ups and downs of economic instability and came out stronger. And let us say we did it all because of leaders who had the courage, the vision and the foresight to invest today in the Alabama of 2032.

The Whole Truth and Nothing but The Truth