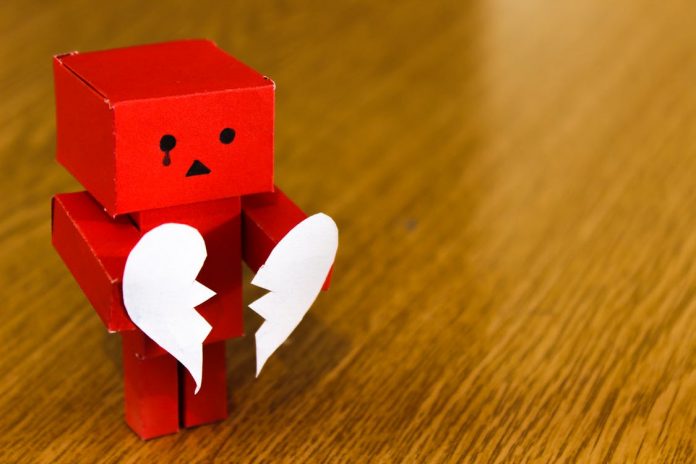 This article is especially written for all of my married brothers. I want you to simply understand the meaning of a devastating word. This word can make your life miserable. This word can turn the sweetest woman into the hardest woman. This word can change a once sweet and tender marriage into a daily struggle. This word is rejection. So you may be thinking that you have never rejected your wife. Well, we have heard it a thousand times before. Love is what love does. Or, actions speak louder than words. Let me share a fictional story with you.

Samantha is sitting at her desk, smiling from ear to ear. She got to work early today because she didn’t want to miss the delivery guy. She keeps pretending that she is working but her eyes keep returning to the elevator doors. Sam is so excited about her first wedding anniversary. She and Bob had gone through so much this first year of marriage. She knows that Bob would not forget. She is certain that he has received the gift that she sent to his office. When she got up this morning, he was already gone. He sometimes gets an early start, but surely he was double checking on the flower order. Should she call him? No, she will just wait patiently.

Lunch time arrives and Samantha has not received a phone call, a card, or flowers. Suddenly the phone rings, she answers, it is Bob. She grins from ear to ear. Her smile fades quickly because he simply called to remind her to pick up his dry cleaning and tells her he is going to work late so don’t worry about dinner. Then it hits her. Bob forgot about our anniversary. What did he think the gift was for? He didn’t even thank her for it. The hurt she is feeling is so different, she can’t even begin to explain it.

Tears begin to roll down her face. Samantha is hurt, and because she is hurt, she becomes angry. The more she tries to calm herself down, the angrier she becomes. Why is she so angry? She is feeling rejected. Yes, rejected! She is being rejected by the one person who is supposed to keep her world secure and stable. Rejected by the one person who vowed to cherish her all the days of her life. So, now you are reading this article thinking, “It is just a stupid gift”. No, it is not! She is surrounded by wives who cheat on their husbands, talk poorly of them, and nags them all the time. She has been careful not to become that kind of wife. Samantha has tried diligently to be a Proverbs 31 wife. Did Bob even notice that Samantha was a good wife or was he simply taking her for granted?

Why is Samantha getting so angry? Anger is her defense mechanism. He forgot about her birthday, he made it up to her a week later, but it wasn’t the same. Bob gave her money for Christmas, no thoughtfulness involved. Money for a gift to her seemed like an afterthought. Sam remembered that all she was getting was the money that would have normally been in their shared bank account. So how is that a gift? But as usual, she smiled, and didn’t complain. She didn’t think that she could get past the rejection she was feeling this time. Why should she keep trying? Her efforts are not being noticed or appreciated. So as always, Samantha went into the restroom, asked God for strength to get through the day, and she cried for him to heal her broken heart, again. But even as she was praying, her flesh was anticipating his arrival home that evening.

The drive home was hard for Samantha, because she knew that Bob would not be there. So, she decided not to go home. She drove right past the cleaners and headed to her favorite restaurant. She ordered her favorite dish in hopes of lifting her spirits. But food couldn’t heal the hurt and rejection that she was feeling.

She stared off into space wondering what she did wrong. Why can’t my husband do thoughtful and kind things for me? Why can’t he wake up one morning and go do something nice just for me? I need something just for me! She closed her eyes and prayed. She opens her eyes and sees a familiar face. No, a happy ending would be that the familiar face would be Bob’s face, but it is Jason’s face. Jason, the one she considered as “the one who got away”.

Jason sits down and lavishes her with compliments and praises. He tells her all the things she longs to hear. He buys a rose from the Maitre d’ and tells her that she has been on his mind lately and hate that things did not work out between them. Then he makes a snide comment about Bob, and criticizes him for letting such a magnificent woman eat alone. Samantha is so hurt, that she doesn’t even bother to defend her husband. Jason is saying all the right things, and these words are feeding Samantha’s flesh. His words are like salve on an old wound that keeps getting reopened.

Samantha is hurt and rejected. If rejection causes anger, wouldn’t acceptance cure it? Yes, but in this case Samantha is getting acceptance from the wrong man. Just think, if Sam was getting all of the love and attention she needed from Bob, Jason’s attempts would have been cut off at the knees. But because Sam was feeling rejected, Jason’s acceptance of her pleased her and gave her so much pleasure she couldn’t think straight. And since Bob did not appreciate having such a good wife then maybe someone else will. These are all of the thoughts that are going through Samantha’s head.

Is Samantha wrong? Most definitely! It is wise to never let yourself get into these situations. She should not have even let Jason sit down, and she should not have entertained his attention. When the devil sees a door, he is so bold that he is going to send his best soldier barging right on in. His soldier will not knock; he will boldly enter with a big grin and demand everyone’s attention. The devil knows who to send, and the devil knows what to say to steal you away from God.

Women need love to be proven to them continuously. They are thirsty for attention and for love. It is just a part of our nature. It is a part of who we are. It is similar to the average little girl who likes for everyone around her to tell her how pretty she looks. We thrive off of positive attention.

This story has so many different possible endings. I am going to end this story by not writing an ending. I strongly encourage every married person to always listen to their spouse. Lack of communication can take you down a road you never thought you would travel on. Do you really think Samantha ever thought she would find herself in this situation? Do you think Bob ever thought that his marriage could be in this much trouble? This story could have had a happy ending if Samantha or Bob took the time to utter two words. Two words that prevent mole hills from becoming mountains, LET’S TALK!

Tonya can be reached at [email protected]o

The Woman Behind Tours of Montgomery: Miss Valerie Smedley